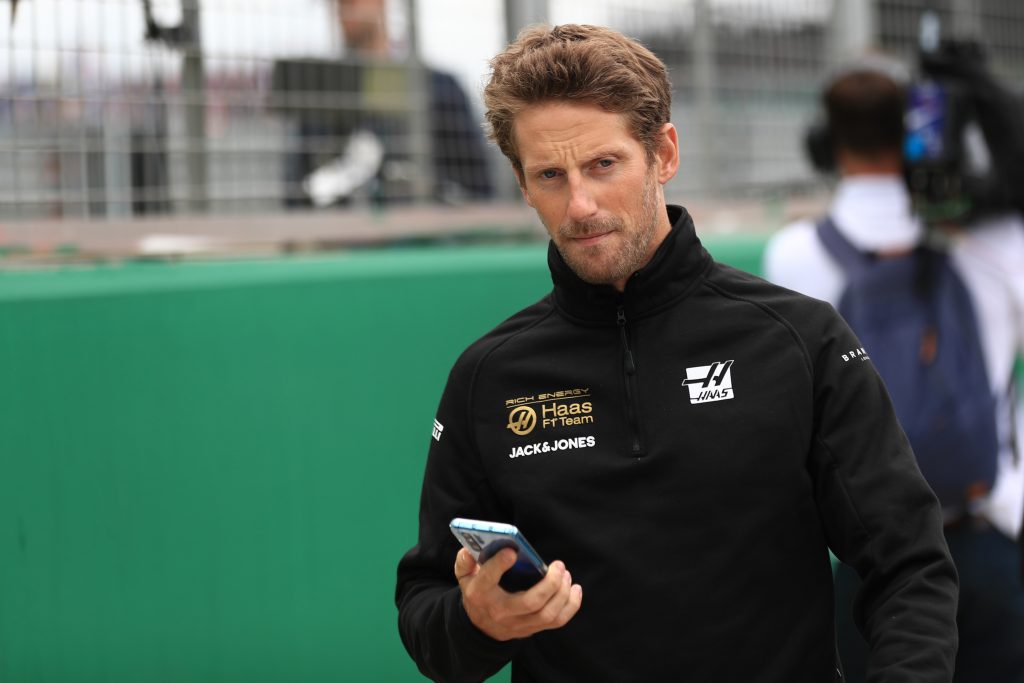 The latest F1 rumours, gossip and short snippets of info for this week: Is Romain Grosjean in the firing line? Red Bull’s record breaking pit-stop, and is Mexico set to stay?

Is Romain Grosjean about to be dropped?

The big rumour around at the moment is that Romain Grosjean may be the main loser from the Haas team’s self-destruction over the Silverstone weekend. At an event where the upper management’s patience was worn thin by the off track antics of their title sponsor, the two drivers removed themselves from the race just five corners in. It was disastrous and unnecessary, and came at an event which was essentially being used as a test with Grosjean fitted out with an old specification setup to allow for direct comparison of the packages – Grosjean with the old spec, Magnussen with the new.

With Grosjean spinning by himself into the pitwall during practice and then the driver’s touch resulting in a double DNF during the race, Steiner was furious afterwards. He addressed media afterwards, bristling with anger, as he outlined how he had given both Grosjean and Magnussen a dressing down. Neither seemed to be held more to account than the other, but there was whispers in the paddock afterwards that one of the drivers hadn’t taken the meeting well and stormed out.

This week, the rumour is that Steiner requested permission from owner Gene Haas to release one of the drivers and the team are currently negotiating with Mercedes to put Esteban Ocon in the car, possibly as soon as the German Grand Prix. Grosjean is the name linked with being dropped and, interestingly, his name has also cropped up as a possible replacement for Andre Lotterer at the DS Techeetah Formula E team. Lotterer was announced as a Porsche driver for the sixth season of Formula E, meaning Techeetah now have a vacant seat alongside the new Champion Jean-Eric Vergne.

It’s all just rumour for now, of course.

Red Bull’s one and only pitstop with Pierre Gasly on Sunday turned out to be something very special – the fastest F1 pitstop ever.

Gasly came in at the end of Lap 12 to ditch his Mediums for a set of Hards. Red Bull did this change in just 1.91 seconds, meaning they take the record away from a joint 1.92 seconds effort between themselves and Williams.

Mexico to stay on the calendar?

The Mexican Grand Prix is one facing the axe for next year. With the calendar staying at 21 races and two new Grands Prix arriving in the Netherlands and Vietnam, it appears that some of the existing races have to make way.

Barcelona is the most likely candidate to be dropped, with Zandvoort slotting in its place, while Hockenheim is also likely to fall by the wayside. Mexico was the other rumoured name, with financing proving its biggest challenge in securing a new race deal with Liberty Media.

However, it’s now reported by Auto Motor und Sport that a verbal agreement has been reached to keep Mexico on the calendar. Watch this space…

With the announcement on Thursday that W Series is to fall under the FIA’s superlicence points umbrella came the idea of the women only racing series to become a support race for Formula 1.

Currently part of the DTM’s support card, a switch to line up with prestigious single seater events would make more sense, and current championship leader Jamie Chadwick is in support of the idea: “I think that would be really cool, it’s definitely no secret W Series are trying to expand the championship as much as possible.”

Speaking to Motorsport Week, she said:

“We’ve got a great relationship with DTM and we’re doing a great job on their package at the moment.”

“But if we can start to expand that, potentially to come onto an F1 race weekend that’d be cool.”

Have you a rumour or tip for us to chase up on? Get in touch: info@formulaspy.com