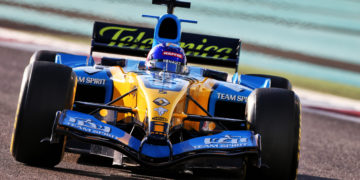 Fernando Alonso reunited with his Renault R25 in Abu Dhabi

Fernando Alonso reunited with his Renault R25 in Abu Dhabi 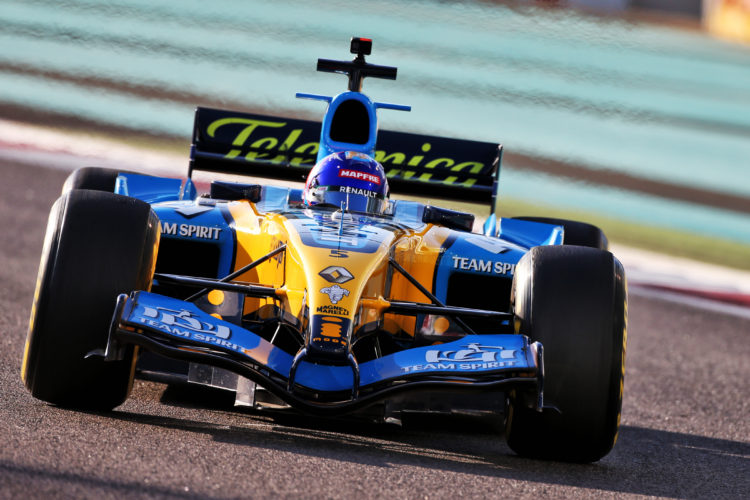 Abu Dhabi Grand Prix – Fernando Alonso had the chance to jump back in his championship winning Renault R25 at Yas Marina on Friday.

To mark the rebrand of Renault to Alpine for 2021, Renault brought along their 2005 championship winning R25 to the Abu Dhabi Grand Prix.

With Fernando Alonso returning to Formula 1 with the team for 2021, the team are using this weekend as a ‘transition’ race with the Spaniard returning to action as he takes part in the Young Driver Test at Yas Marina on Tuesday.

The R25, which was last used for a demo run in 2006, has been faithfully restored after being kept in storage for the past 14 years. Renault, together with German engineering company Rennwerk, began restoring the car in late 2019, with the V10 fired up for the first time in November. With no era-correct grooved Michelin tyres available, it circulated on a modern set of Pirelli slicks.

Alonso is scheduled to take part in three demonstration runs over the Abu Dhabi weekend, one on each day. On Friday, following Formula 1’s FP1 session, Alonso suited up in his classic 2005 race suit and was reunited with the car he won his first World Championship with.

Completing the demo run, Alonso said: “This car still sooooo fast. Now with the slick tires even more. What a feeling. What a weekend it will be. More laps tomorrow. Best way to Thank @RenaultF1Team for this era ,and Welcome Alpine @alpine_cars for the future!”