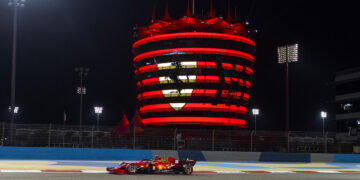 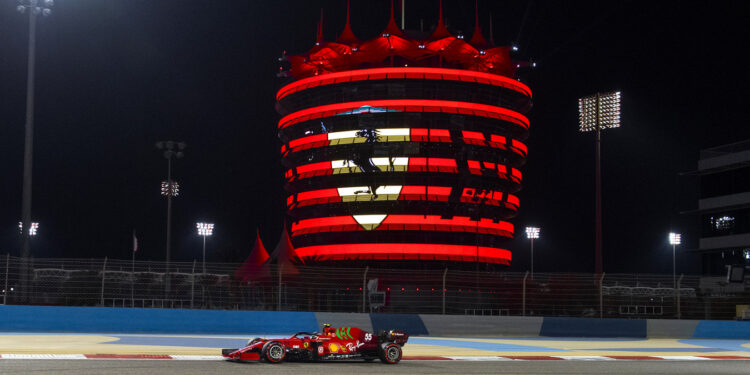 Bahrain Grand Prix – Ferrari had good pace and seem to have made improvements over winter but Leclerc says they need to “keep our feet on the ground”.

Charles Leclerc only went for one hot lap during Q3 but managed to get everything right which means he will start tomorrow’s race from fourth after qualifying less than a tenth off the third placed Mercedes. The Monegasque driver admitted he was surprised at how big a step the team seem to have taken over the winter but said they’d have to stay realistic as it was only the first qualifying of the year.

“On the quali [pace] now we know and it’s surprising us,” said Leclerc. “We did not expect to be here but I have to say we need to keep our feet on the ground. It’s only the first quali of the year, in very strange conditions, so I think we should be satisfied as a team for how much of a step we did compared to last year. Last year we were fighting to go into Q2 and we didn’t make it I think so this year to be P4 on the grid feels great.”

Despite seeing a Ferrari 1-2 in Q2, Leclerc doesn’t think the team has caught up with the Mercedes or Red Bulls yet, instead he feels he’ll have to fight to protect his position from the cars behind.

“Let’s wait for the race pace but it looked promising yesterday, but to know exactly where we are it’s difficult. I think AlphaTauri is very strong in the race pace with what they’ve shown on Friday and they are starting on the mediums, so it’s going to be very difficult to keep them behind. I don’t think the first three are reachable for us yet but, with a bit more work, hopefully soon we’ll be able to fight with them.”

Carlos Sainz’ first qualifying for Ferrari almost came to a premature end when the Spaniard’s car switched off while he was on track for his final run, but his earlier time was enough to see him scrape through to the next session. Q2 however saw a dramatic change of events as Sainz ended up topping the times with Leclerc right behind him.

“[I’m] happy to be here first of all,” said Sainz post-qualifying. “Mainly because I thought that after that situation where the whole car switched off and I thought it was quali over for me so the fact that we are in Q3 is already a decent result. It’s been a very positive weekend for me in general, I’m really happy with how things have gone.

“I’ve been on top of the car all weekend and trying to push as much as I could. Q3 lap just didn’t go to plan, I just didn’t know exactly how to extract the last few tenths out of the car and it didn’t work out to me but I’m not going to let that Q3 lap spoil what has been until now a very good weekend for me.”

Heading into the race Sainz thinks the Italian team aren’t as strong as their rivals but after qualifying well, if they have a good strategy, they could do well.

“I think in terms of race pace the others have a bit of an edge on us but at the same time we’ve qualified well, we’ve put the cars in the top eight, I should have been a bit further forward with a better lap, but it’s what it is and at the moment I’m going to think that tomorrow we have a good chance and that if we do a good job with the strategy, we can have a strong result.”