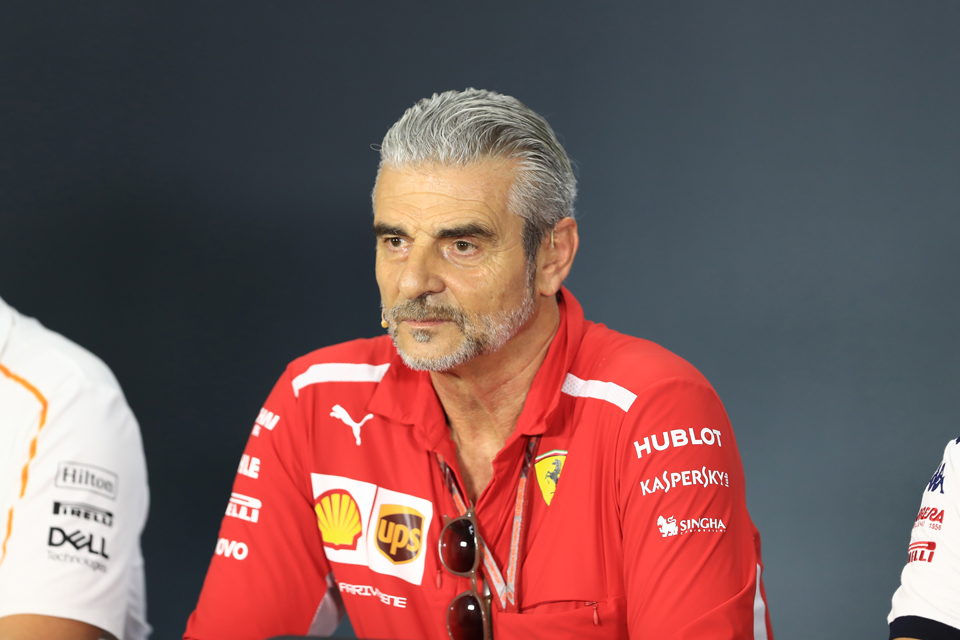 Japanese Grand Prix – Ferrari have confirmed that the FIA have installed an additional sensor within their battery, but have refuted any power loss correlation.

Ferrari team principal Maurizio Arrivabene has denied that an additional sensor – placed by the FIA – is linked to their drop in performance versus Mercedes.

For part of the mid-season, it was widely accepted that Ferrari had the best power unit on the grid, which resulted in the team showing front-running pace at events like Hockenheim and Monza.

However, they lost out to Mercedes at the Singapore and Russian Grands Prix, tracks at which they were expected to perform well.

This prompted debates as to whether Mercedes had found pace or Ferrari had lost pace, with many suggesting that the Ferrari cars had lost their peak power unit performance on the straights. Some believed that this was the result of an additional sensor used in the Ferrari.

Speaking to RTL, Arrivabene denied that there was any loss in straight line performance in the Ferraris.

“In Singapore and Russia, we were more or less like Mercedes in the straights. Where we lost was in the slow-speed corners.

“We have the data to confirm it.”

He then confirmed that a second sensor had been added to Ferrari’s batteries, but denied that it was anything to do with the performance of the power unit.

“Our battery layout is quite complex, so we agreed with the request from the FIA to work together with them and to facilitate their work, we had the second sensor, but it doesn’t change in any case the performance of our car.

“Despite that, I find it strange that everybody knows about the second sensor, because I said that our battery layout is quite complex, but it’s also the intellectual property of Ferrari.

“I hope that as everybody knows about the second sensor, in future everybody isn’t going to be informed about our project. That could be a serious matter.”