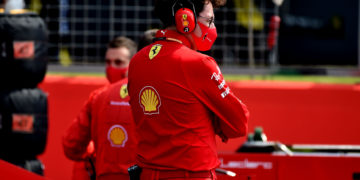 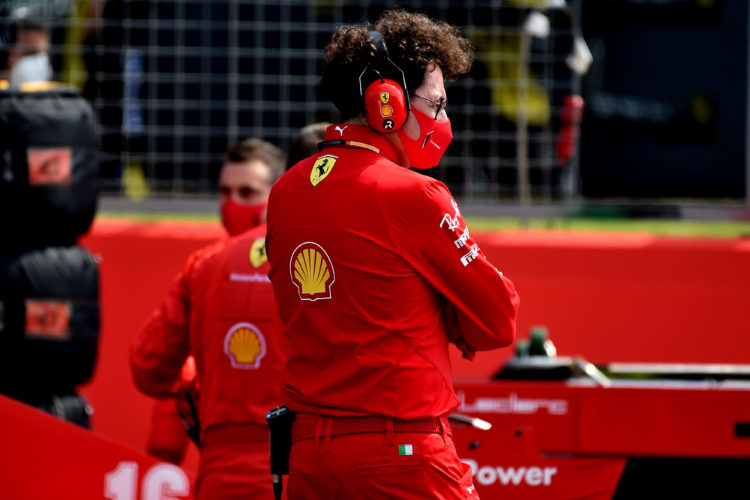 Ferrari team boss Mattia Binotto has defended his team’s call to bring Sebastian Vettel in after just eleven laps on the Hard tyre on his second stint.

Vettel had started the race on the Hard tyres, but compromised himself at the start by spinning at Turn 1. From there, he ran 22 laps for the first stint before pitting for another set of Hards.

Vettel had been just 1.5 seconds ahead of Leclerc at the time of this stop, as Leclerc had pitted on Lap 18 to ditch his Mediums. He’d wanted to stay out on track, saying he was happy with the tyres, but was told to come in on Lap 22. The timing of Vettel’s stop was disastrous for Sebastian, as he emerged behind Kimi Raikkonen and in a lot of traffic. However, it cleared Charles Leclerc to set off in pursuit of Daniel Ricciardo.

The timing of the stop clearly annoyed Vettel, as he said over team radio ‘You know you’ve messed up’, possibly the first time he has publicly admonished the team over a strategy call.

Another questionable call was made just eleven laps later on Lap 33, when Vettel came in to ditch the Hards and swap to the Mediums for a 19 lap run to the flag. Compared to Vettel’s 11 laps on the Hards, Leclerc did a mammoth 34 laps to run a one stop strategy to claim P4.

Speaking to RTL afterwards, Vettel questioned Ferrari’s strategy and said: “I had enough speed to stay out. Those who were ahead of me after my pit stop were doing exactly the same lap times as I did on the older tyres.”

“Maybe we didn’t have the courage to let Charles overtake us, even though he had a different strategy, and we preferred rather to have me stop to avoid him. Even with the bad first lap, we could have gained a lot of ground today.”

Vettel is rumoured to be getting a new chassis for the Spanish Grand Prix, after two consecutive weekends of being abnormally off the pace of Leclerc – so much so, that Sebastian admitting that it’s odd: “It’s very different to usual, let’s put it this way. I don’t know. I’ve run out of answers.”

Speaking after the race, Mattia Binotto explained to Sky that they weren’t simply getting Sebastian out of the way when they pitted him on Lap 22. “We were not sacrificing Seb.” he said. “We thought at the time that it would have made no difference for him stopping a bit earlier or later.

“I think that reviewing all the data, eventually by leaving Sebastian outside on track we may have left at least the one-stop strategy open to him as well, which we didn’t. It’s not a matter of ‘sacrificing’ or not. He always says that maximising the team’s points is the first priority. I think we tried to achieve that and not were trying to compromise anyone.”

Speaking to Sky Italia, Binotto pointed to the spin as ruining Vettel’s race, not the strategy: “He is going through a difficult time in qualifying and the last two races where he hasn’t found confidence in the car. Here, he spun putting his wheels on the kerb, and his race was uphill.”

“I honestly think there is little to say about strategies. Perhaps we were early by a few laps with the call that made him lose the position to Raikkonen. However, we knew he would recover without losing time.”

“It allowed Leclerc to continue his comeback. Overall, it was the right choice for the team and we don’t think we penalised Sebastian.”

“His race was compromised at the start, and I think that was the key, not the strategy chosen.”