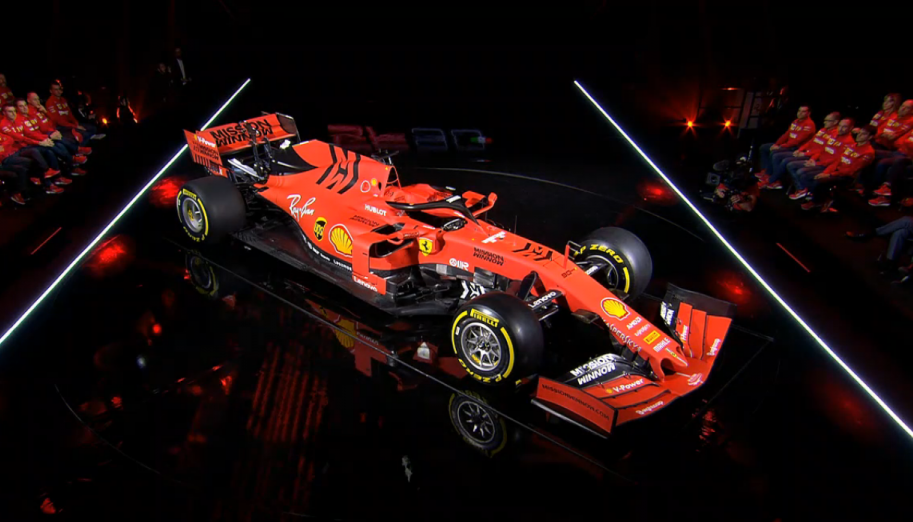 Ferrari have taken the covers off the car that they hope will the years of Mercedes domination, unveiling the Ferrari SF90.

After back-to-back years of falling short of the Mercedes team, Ferrari have revealed their latest car in a launch event in Maranello, along with digital renderings of the car that they hope will finally return them to the top of Formula One.

The team have opted for a darker, matte shade of red for this season, with the detailing on the extremities of the car appearing in a dark grey, along with some of the key sponsors of the team.

Ferrari were frequent challengers for race wins in 2018 and sustained a championship challenge with Sebastian Vettel until the final few races of the season.

The four-time champion will be joined by Ferrari’s junior driver Charles Leclerc, who is promoted after a very successful first season in Formula One with the Alfa Romeo Sauber team.