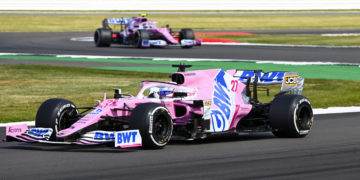 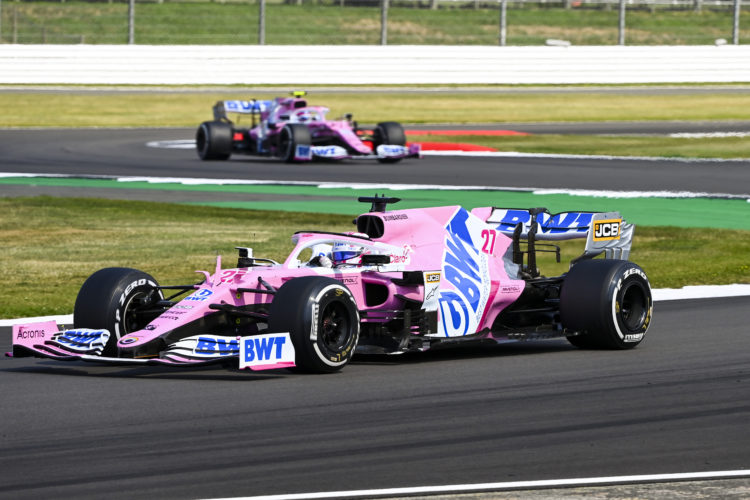 Racing Point have formally notified the FIA that they will appeal the decision to penalise the team over their continued use of their brake ducts.

Last week, the FIA released their findings into the numerous protests against the Racing Point brake ducts, with the protests being lodged after every race by Renault. The crux of the matter is that the brake ducts were found by the FIA to have been designed by Mercedes in early 2019, with the Sporting Regulations making this illegal for 2020 through a ‘listed parts’ rule that means teams must design the brake ducts themselves. The team were deducted 15 points in the Constructor’s Championship, and given a 400,000 euro fine.

However, the FIA’s ruling last week doesn’t actually stop the team from continuing to use the brake ducts, leading to a ridiculous situation where the FIA themselves are having to summon the team after each race for breaching the Sporting Regulations. This happened after last weekend’s race at Silverstone, with the stewards immediately applying a reprimand because that’s what the FIA said would happen.

It’s a crazy situation, where the team’s brake ducts don’t break the Technical Regulations, but still break the rules – here’s a more in-depth explanation as to what’s going on.

Racing Point also find the situation ridiculous, but for different reasons – they don’t think they’ve done anything wrong. This led team owner Lawrence Stroll to issue a public statement last weekend, where he defended the team using their brake ducts.

“I have never cheated at anything in my life. These accusations are completely unacceptable and not true. My integrity – and that of my team – are beyond question.”

Stroll argued that the change in classification of brake ducts from unlisted to listed parts in 2020 was an area not addressed in the regulations, and the FIA didn’t offer any guidance for the oversight: “The rules, as they are written, state that after 2019, no further information on Brake Duct design can be shared or acquired. At that point, what you know and have learned, is your own information. From that point onwards, you are on your own. Which is exactly what we have done.”

“So, to clarify, there was no guidance in place by the FIA surrounding the transition of non-listed to listed items and Racing Point received in March 2020 written confirmation from the FIA with regards to our compliance on the matter.”

At the time of the statement, Renault, Ferrari, McLaren and Williams indicated they were going to appeal against the FIA’s lenient punishment, but McLaren and Williams have since backed out of the argument. This is likely due to political ties with Mercedes – Williams are current customers, like Racing Point, while McLaren switch to Merc power in just four months time. Renault and Ferrari are continuing with their appeal against the verdict.

Stroll criticised his rivals, saying: “Beyond the clear fact that Racing Point complied with the technical regulations, I am appalled by the way Renault, McLaren, Ferrari and Williams have taken this opportunity to appeal, and in doing so attempted to detract from our performances. They are dragging our name through the mud and I will not stand by nor accept this. I intend to take all necessary actions to prove our innocence.”

“My team has worked tirelessly to deliver the competitive car we have on the grid. I am truly upset to see the poor sportsmanship of our competitors.”

Renault boss Cyril Abiteboul has pointed out his team were disqualified from the Japanese Grand Prix last season for breaking a Sporting Regulation that was related to a technical device, namely a ‘pre-set lap distance-dependent brake bias adjustment system’.: “We were found in breach of the sporting regulations last year and we’ve been immediately disqualified from the event and had to remove the contentious device. It was a sporting regulation, not a technical regulation so there is a question of consistency. That’s why, as I said, we are reserving our opposition.” It’s interesting to note that it was actually Racing Point who protested this part on the Renault, which is why the French team seem to be so determined to pursue this protest against Racing Point.

Toto Wolff has indicated that he and Mercedes have no problem going to the International Court of Appeal when the date is set by the FIA, as he feels his side have done nothing wrong by selling the brake duct designs to Racing Point last year: “This special situation arose because a non-listed part became a listed part, so while it was a non-listed part things were supplied. We can have that legal discussion endlessly – but at the end, to be honest, there is zero worry on our side. And when I say zero, I mean zero, that we were in any breach. Nor do I think that Racing Point was in breach.”