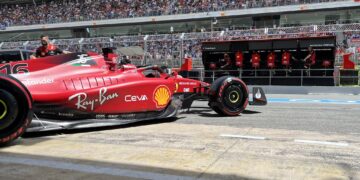 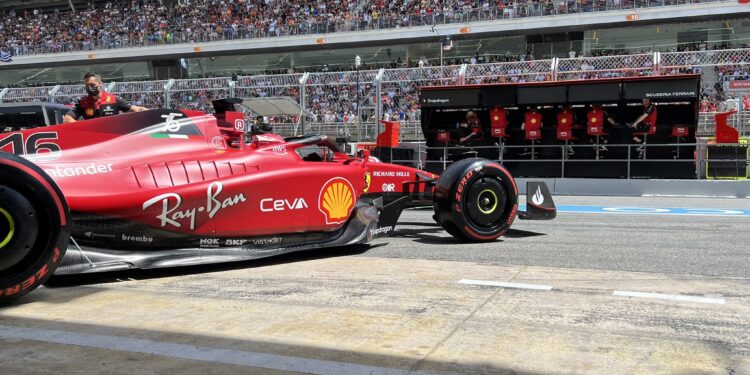 There were three drivers who had to hand their cars over to other drivers for the session – Williams and Red Bull putting rookies into Alex Albon and Sergio Perez’ cars to be the first teams to tick off the first of their two mandatory runs of young drivers in FP1 sessions. Reigning Formula E champion and most recent E-Prix winner, Nyck de Vries, was in the Williams while current F2 driver and Red Bull junior, Juri Vips, was in Perez’.

Alfa Romeo also had a change of drivers for the session but it was most certainly not a rookie sitting in Zhou Guanyu’s car as the team’s very experienced reserve driver, Robert Kubica replaced the rookie Chinese driver.

Sebastian Vettel was the first to take to the track as the session started in the new-look Aston Martin car, which has been causing controversy over the past few days given its drastic changes which have transformed it to look very similar to Red Bull’s current challenger.

The German returned to the pits after a couple of laps with aero-rakes on the rear and didn’t appear for another twenty minutes. Red Bull meanwhile very obviously displayed their displeasure over the issue as all members had green coloured cans of Red Bull beside them on the pit wall.

All twenty cars had left the pits within the first couple of minutes of the practice and the top of the timesheets echoed the season so far with Max Verstappen and Charles Leclerc swapping fast times, dropping them from 1:23s down to the Dutchman’s 1:21.876 set before the top drivers headed to the pits part way through the first half hour of the track time.

At the half hour point the soft tyre runs started and was de Vries, one of the first to set a lap with them, put his Williams into the top four with a 1:22.936. The Dutch driver was then shuffled down as others started their laps with the red-ringed tyres with Carlos Sainz retaking the top of the timesheets for Ferrari with a 1:19.907, Lando Norris slotted his McLaren into P2 but he was over a second off.

Once the championship rivals returned to the track Leclerc set a 1:19.828 but Verstappen’s lap was hampered by traffic, which was an issue for a lot of drivers with some close calls and incidents of impeding, which will give the stewards some work to do between the two practice sessions.

The reigning champion didn’t get another chance of a fast lap and so he ended in P3 with the two Ferraris ahead of him. George Russell was once again the higher placed of the Mercedes drivers, the Brit setting a 1:20.590 for P4, while Lewis Hamilton was just over two tenths further back in P6.

Splitting the two Mercedes was Alpine’s Fernando Alonso, the Spanish driver was one of those who will have to talk to the stewards after he impeded Hamilton. The remainder of the top ten was made up by alternating McLarens and AlphaTauris – Norris with the best time, just under a second and a half off of Leclerc’s time, while Pierre Gasly took P8 with a 1:21.422.

Daniel Ricciardo was P9, just 0.077 seconds ahead of Yuki Tsunoda. Of the rookies/reserve drivers in the session, Kubica ended highest in P13 with a 1:21.975, six tenths ahead of Valtteri Bottas in the other Alfa Romeo.