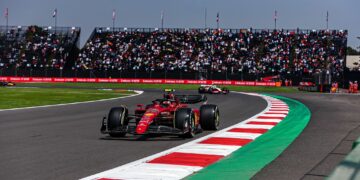 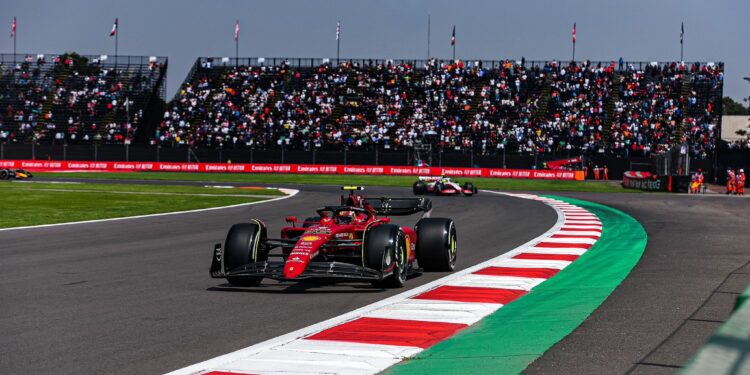 As with last time out, there will be five rookie drivers taking part in FP1, as previously reported Williams will have Logan Sargeant in one of their cars, while Nyck de Vries will complete his fourth opening practice of the year, once again in the Mercedes. Joining them will be Pietro Fittipaldi, who just qualifies as one of the young drivers (who must not have taken part in more than two Grands Prix) after replacing Romain Grosjean in the final two races of 2020.

The final two rookies were Liam Lawson, once again in the AlphaTauri after making his debut FP1 outing at Spa, and Jack Doohan, who currently sits fourth in the F2 championship, ticking off the first of Alpine’s mandatory rookie appearances.

Sebastian Vettel, wearing a throwback Red Bull helmet in honour of Dietrich Mateschitz, was the first to take to the track and the majority of the field followed his lead, with the exception of the two Williams cars who remained in the pits for a few more minutes.

In honor of Dietrich Mateschitz the helmet design of Sebastian Vettel for the #MexicanGP is based on his 1998 karting helmet when he first joined Red Bull.

With Vettel pitting at the end of his out lap it was de Vries who put the first time on the board, a 1:28.264 on the hards. After the opening ten minutes it was the Red Bulls holding the top of the charts, Max Verstappen having just demoted his teammate, home hero Sergio Perez, from P1 with a 1:22.291.

At that point Vettel, Liam Lawson and Charles Leclerc were the only ones without times on the board. Lawson had brake issues a couple of laps in while Leclerc was told to pit due to a puncture. Lawson wasn’t the only one with brake problems, Daniel Ricciardo, reporting things felt weird while he was on track and he then spent some time in the pits while McLaren investigated.

The Ferrari driver returned to the track on the softs and with 35 minutes left of the session was the last to set a timed lap, and jumped from last to first with a 1:21.546 on the softs.

With 25 minutes on the clock, Zhou Guanyu’s Alfa Romeo ground to a halt just as he was leaving the pit lane, as he had past the pit exit line, his mechanics weren’t allowed go and recover him so they had to wait for some marshals to push him back a bit to them. Just as Zhou was recovered, Fittipaldi’s Haas started smoking and the Brazilian was instructed to stop on track, which brought out a red flag.

The clock continued ticking down as the cars all returned to the pits. Carlos Sainz was fastest with a 1:20.707 ahead of his teammate and the two Red Bulls. Perez and Verstappen having both set an identical time, a 1:20.827, but the Mexican having set his a few seconds ahead of double-champion teammate so he was classified P3.

The session resumed with 17 minutes to go and it was an early end for Doohan after Alpine saw anomalies in his power unit data. There was a second red flag, with four minutes still on the clock as Lawson’s AlphaTauri ground to a halt on track with flaming brakes.

The session didn’t resume so it was Sainz’ time which remained on top with Leclerc just 0.046 behind. Perez was P3 ahead of Verstappen with their identical times while Lewis Hamilton ended P5 with a 1:20.849.

Fernando Alonso took P6 for Alpine while Valtteri Bottas was P7, 0.376 seconds slower than the lead Ferrari. Lando Norris took P8 for McLaren ahead of Pierre Gasly and Vettel, who was the last within a second of Sainz with a 1:21.525.