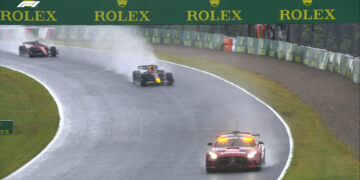 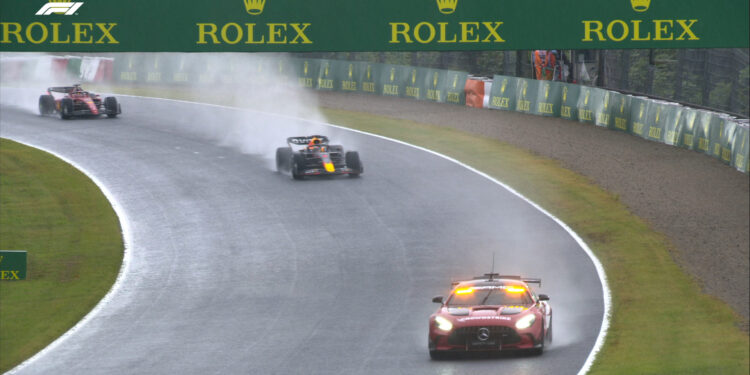 The FIA have revealed their findings from a review of the Japanese Grand Prix and have taken immediate measures to prevent the issues reoccurring.

In the immediate aftermath of the Japanese Grand Prix, Pierre Gasly and the speed he was going around the site of Carlos Sainz’ accident seemed to be the main focus of the sport’s higher ups rather than the potential danger of recovery vehicles on track in low grip, low visibility conditions.

Following a letter from the Grand Prix Drivers’ Association (GPDA) and conversations between drivers and the FIA President, the FIA announced that the procedures would be looked into. The main issues were recovery vehicles being on track in dangerous conditions, the drivers’ role under flags and safety cars was also considered while the confusion over time-limited races and the points awarded was also looked at.

The findings of the review were announced on Friday and while it states that all procedures were followed for neutralising the race and sending recovery vehicles out but admit that “a recovery vehicle should not be deployed unless all cars are aligned behind the Safety Car. Furthermore, marshals and recovery equipment would only be deployed whilst cars are on track (Safety Car periods) when the weather conditions and location of the cars to be recovered allow for a quick and safe intervention.

“The review panel acknowledged that having recovery cranes on track at Suzuka during the weather conditions is a sensitive matter in view of the tragic incidents of the past. The panel determined that in hindsight, as the weather conditions were changing, it would have been prudent to have delayed the deployment of the recovery vehicles on track.”

They also acknowledged that Gasly did drive to his delta time as he tried to catch up to the Safety Car but that a new dynamic delta should be implemented to give drivers slower deltas in areas around incidents though they did not take all the responsibility as “drivers have an obligation to limit their speed accordingly under Yellow Flag, Safety Car and Red Flag conditions. The drivers are further obliged to apply common sense at all times.”

The performance of the current wet tyres and the advertising boards that are in use will be looked at further to avoid any of the hoarding being thrown onto the track during collisions as is did during Sainz’ crash.

On the points confusion, the FIA say that the points were awarded correctly but that the wording of the rules will be looked into at the next review of the sporting regulations “with a view to bringing further clarity”.

And finally, that they will not be switching between two Race Directors for the remainder of the year, instead Niels Wittich will be in full control for the final rounds of the year starting from Austin meaning that Japan will have been Eduardo Freitas’ last appearance for the season.

The full report can be read on the fia’s website, but the measures that will be in place from this weekend will be: