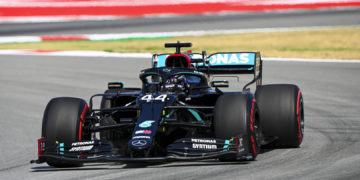 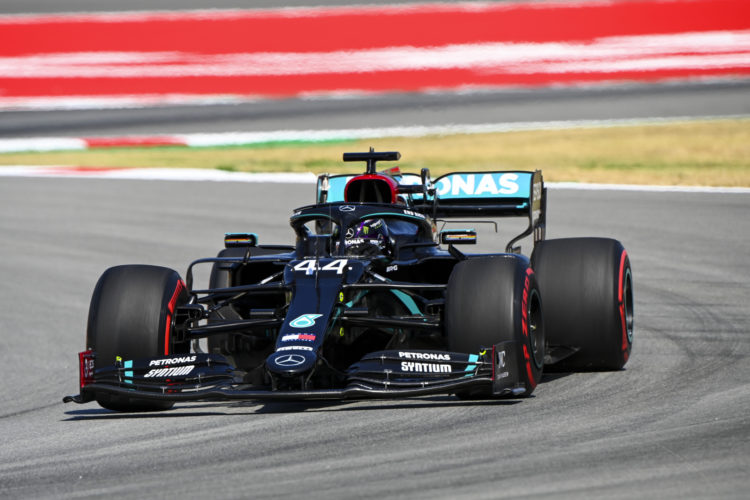 Spanish Grand Prix – The FIA look set to clamp down on special qualifying engine modes through the introduction of a new Technical Directive in Belgium.

While not yet officially confirmed, it appears a new Technical Directive is to be sent to all the teams for the Belgian Grand Prix onwards, which will dictate the use of special ‘qualifying’ settings for the power units.

It’s well known in recent years that some of the top teams, particularly Mercedes and Ferrari, have had special settings on their engines that allows them to ramp up the power for the crucial runs in qualifying – often leading to devastating single lap pace. This pace advantage over a single lap then frequently disappears in race trim, leading to much more competitive racing.

Explained simply, these qualifying modes are basically settings that unlock more of the engine’s potential to produce power. Rather than harvesting power through the Energy Recovery Systems, everything is set to maximum deployment, more revs are unleashed, and everything regarding fuel mapping and ignition timing is tuned to be more aggressive. These settings can be used only sparingly, due to the increased wear on the engines, of which the teams are only permitted three for the season before getting grid penalties if they use any more. You can also sometimes hear drivers requesting more power when in battle during races, meaning they’re asking for modes similar to these qualifying modes, rather than trying to overtake using the engines in the more conservative modes used for racing.

Engines are usually run with more emphasis on harvesting energy, lower temperatures, and safer timings – teams can choose to run their cars in a variety of different levels of aggression while trying to trade off their performance against reliability and conservation.

However, the FIA don’t want to see this any more or, at least, not to the same extreme. The upcoming Technical Directive, which is yet to be issued to the teams, is set to limit the teams to use the same single engine mode during qualifying and the race. This would force teams to find ‘a happy medium’, ie. a setting they’re happy is aggressive enough to use for qualifying well, while also keeping their engines alive and in good shape for as long as required.

The FIA are implementing this as they feel it’ll be far easier to police the engines going forward – currently, they have to keep an eye on the power units through data analysis to ensure legality across all the possible modes.

As it stands, it’s believed Mercedes have the greatest level of disparity between their race and qualifying modes – contributing towards their one second average advantage in qualifying this season. In theory, this new Technical Directive could eliminate some of their qualifying advantage and put them under increased pressure during the races. However, it’s also entirely possible that Mercedes have plenty of headroom to work with on an engine being run conservatively, and could have the adverse effect of reducing their qualifying advantage and increasing their race advantage – this is something that only Mercedes could know right now.

“I think the primary goal of the FIA was to implement the rule to better understand and better analyse what is going on with the engines.” said Merc team boss Toto Wolff on Friday in Barcelona. “It’s a very complex method between the combustion engine and all the energy recovery system and having one mode – it becomes more easy for the FIA to really see if everything is in compliance.

“It has always been the case in Formula 1 that pulling back the leaders, or what supposedly are the leaders, is something that is good for the sport. We see it very much as a challenge. We have a good quali mode and we are able to give it a little bit more power in that last session. But if that is not possible anymore because everything needs to be smoothed out over the race then it’s not a deficit for us but on the contrary, we think we can translate it into more performance in the race. That is something that is a great challenge for us that will take on once the rule is implemented.”

Ferrari are the team who possibly stand to gain from this move, after having their wings clipped badly through Technical Directives towards the end of 2019. Their entire power unit has suffered as a result, with little difference between their qualifying and race modes in 2020.

Team boss Mattia Binotto says that, rather than this being a directive aimed at curbing the advantage of one particularly engine manufacturer, it could have the effect of slowing everyone down a little.

“It’s not the last Directive, certainly, it’s even not the first technical directive on power units, showing how complex and difficult is that set of regulations.” said Binotto.

“There have been many TDs which have been issued in the last months on the power unit and I think that all of them have eventually affected all power unit manufacturers. I’m think that the next one as well will simply affect all the power unit manufacturers. Will it affect one more than the others, I simply can only understand by the time we get the technical directive. We need to see the real, true content of it. Obviously, if you are the best car on track, the status quo would obviously the best solution to move forward. But at the end it’s not a technical directive that will be against one of the other manufacturers. It is simply again that the regulations are so complex that clarifications are required. That’s it.”

This Directive ties in nicely with the FIA’s move to help reduce costs in Formula 1, with a budget cap incoming in 2021. The downside is that, obviously, the outright stunning pace of the current F1 cars will be reduced on Saturdays going forward and will also make things more difficult for cars battling on track as they won’t have different tools available to them to try passing or defending as needed.