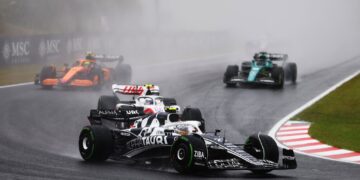 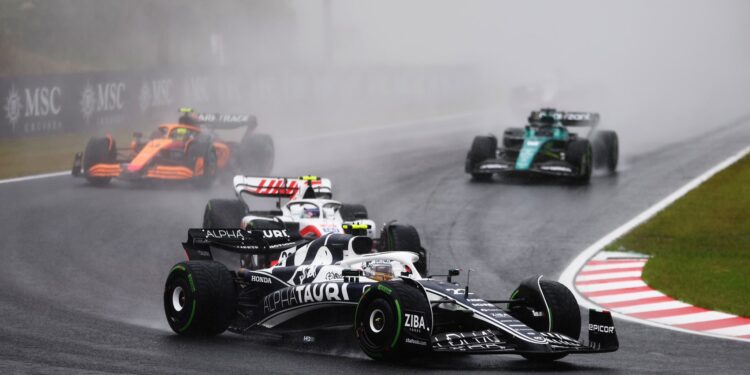 Japanese Grand Prix – The FIA have launched a review of their procedure after drivers were livid over a recovery vehicle being on track.

During the extended red flag period after the first couple of laps of the race in-car footage started appearing on social media of Pierre Gasly having a close call with a recovery vehicle on the track. Prior to that cameras had broadcast the AlphaTauri driver appearing to be very angry in his garage before marching down the pit lane.

At the time it was thought to be a bit of an overreaction to the hoarding which had attached itself to the front of Gasly’s car, giving him a bit of a shock and disrupting his visibility from the cockpit, but in the context of a vehicle on track, it made much more sense.

Pretty sure this shows the race going red just before Gasly reaches the recovery vehicle. It should not be on track until the field was all behind the Safety Car. That's why Gasly was understandably raging #F1 #JapaneseGPhttps://t.co/6kZWUELWIq

Further footage then spread online of the whole Safety Car train passing the recovery vehicle with drivers being the ones to inform their teams about the unexpected vehicle in a dangerous position, and also of a marshal on track beside the tractor. With over two hours of downtime before the race eventually restarted there was a lot of time for analysis and opinions from drivers, both on and off the grid, as well as others to be shared.

One of those online was Alex Wurz, chairman of the Grand Prix Drivers’ Association, who said “I think we need to discuss a tractor on track….. we can keep it short: this must NOT happen guys”.

Recovery vehicles on track have always been a danger for drivers but in wet conditions where it’s very easy to aquaplane off, which is exactly how Carlos Sainz ended up in the barriers there and why the recovery was necessary, and as well as that visibility is very low due to all the water being thrown up by the cars.

The fact that the incident occurred at Suzuka was also a factor as it was wet conditions and a crane at that very track which led to Jules Bianchi’s death just over eight years ago. THe late driver’s father, Philippe, took to Instagram to air his shock and disbelief at how little had apparently changed since his son’s accident: “No respect for the life of the driver, no respect for Jules’ memory, incredible.”

During the red flag period Lando Norris shared his disbelief at what had occurred: “Wtf. How’s this happened!? We lost a life in this situation years ago. We risk our lives, especially in conditions like this. We wanna race. But this… Unacceptable.”

With Sergio Perez airing his views not too long afterwards: “How can we make it clear that we never want to see a crane on track? We lost Jules because of that mistake. What happened today is totally unacceptable!!!!! I hope this is the last time ever I see a crane on track!”

At the time the FIA got involved posting their own reaction to Gasly’s incident: “In relation to the recovery of the incident on Lap 3, the Safety Car had been deployed and the race neutralised. Car 10, which had collected damage and pitted behind the Safety Car, was then driving at high speed to catch up to the field. As conditions were deteriorating, the Red Flag was shown before Car 10 passed the location of the incident where it had been damaged the previous lap.”

And soon afterwards the stewards announced they would be investigating the incident after the race but instead of looking at the vehicle on track, their focus would be on Gasly speeding under Red Flag conditions.

With Sainz out of the race that meant he was in the media pen and available to talk about his views on the situation explaining that it would be so easy for a driver to get a bit off line and end up colliding with a vehicle that they couldn’t see or didn’t even know about.

“I don’t know if people understand,” the Spaniard said, “but even behind the Safety Car we are going at 100/150kph and still at those speeds we don’t see nothing. Even behind the Safety Car so if one driver decides to get a bit out of the racing line or has a small aquaplaning or has to change a switch on the steering wheel and gets a bit out of line and hits a tractor it’s over.

“So I still don’t know why we keep, in these conditions, having a tractor on track because it’s just worthless. Anyways you were going to red flag it anyways so why risk it?”

As the first driver behind the Safety Car, Max Verstappen had the clearest view of the pack but echoed Sainz’ comments about how easy it would be for a driver to try go slightly off line in the hopes of getting a bit more visibility and end up in a dangerous situation.

“I arrived there first and I saw the crane,” Verstappen said, “I have perfect visibility but when you’re behind, you always try to drive out of the spray: you go left or you go right, because you can’t really see anything and that is when things happen. You drive suddenly left and suddenly you can see a crane or whatever, that would be very dangerous at any speed. So that’s definitely something we need to improve.”

The lack of visibility was made clear with Fernando Alonso and Daniel Ricciardo admitting that as a result of the clouds of spray, they couldn’t even see the recovery vehicle as they passed it.

Gasly, who had the closest call with the crane, understandably continued to be vocal about the incident after the race: “We lost Jules. We lost Jules already. We all lost an amazing guy, an amazing driver, for the reasons that we know. Eight years ago, on the same track, in the same conditions with the crane. How?

“How today we can see a crane not even in the gravel, on the race track, while we are still on the track? I don’t understand that. Obviously if I would have lost the car in a similar way as Carlos lost it the lap before – it doesn’t matter the speed, 200, 100 – I would have just died. As simple as that.

“I don’t understand. It’s disrespectful to Jules, disrespectful to his family and all of us. We are risking our lives out there. We are doing the best job in the world but what we are asking is just to at least keep us safe. It’s already dangerous enough.”

Other reactions, from Sergio Perez, Lando Norris, Sebastian Vettel and Alonso can be seen here on the Sky Sports website.

In the end, the FIA announced their review of the situation as a response to the drivers’ reactions: “While it is normal practice to recover cars under Safety Car and Red Flag conditions, due to the particular circumstances and also taking into account feedback from of a number of drivers, the FIA has launched a thorough review of the events involving the deployment of recovery vehicles during the Japanese Grand Prix.

“This is part of the common practice of analysis of all race incidents to ensure continual improvements of processes and procedures.”

From the Bianchi accident report. pic.twitter.com/CmUzN5zJbt