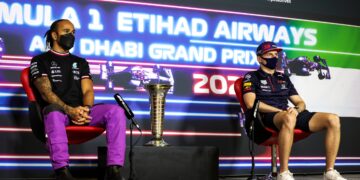 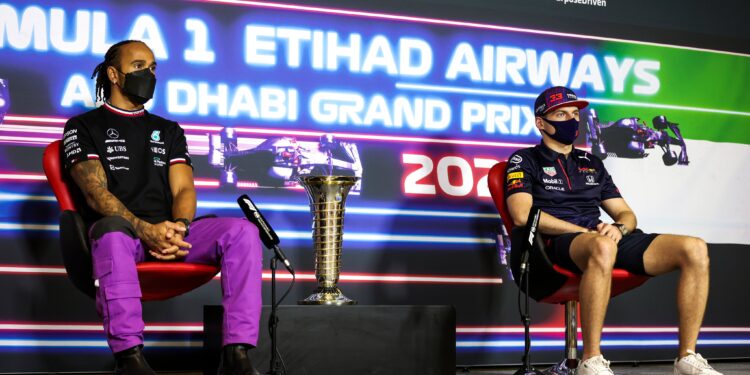 Heading into the championship decider on equal points, Max Verstappen and Lewis Hamilton have a straight out fight on their hands and the 2021 title will go to whichever driver finishes higher up.

If neither driver picks up any points however, then it will be Verstappen who gets crowned as the 2021 World Drivers’ Champion given he has taken one more race victory than Hamilton this year.

With the pair coming together in both clashes and crashes on multiple occasions throughout the season, with the most recent just last weekend in Saudi Arabia, it comes as no surprise that a collision-decided championship is on people’s minds.

One of those minds is that of F1 Race Director, Michael Masi, who has attached articles from the FIA’s International Sporting Code to his Race Director’s Event Notes for the weekend.

Masi wants to remind the drivers that “Any infringement of the principles of fairness in Competition, behaviour in an unsportsmanlike manner or attempt to influence the result of a Competition in a way that is contrary to sporting ethics.” as well as the fact that “suspension for one or more Competitions” and “withdrawal of points for the Championship” are options available to the stewards.

The pair were questioned about the reminder by The Race’s Scott Mitchell during Thursday’s press conference, where neither seemed particularly perturbed by the additions.

Hamilton saying that “It’s happened in the past obviously and I’m sure the stewards haven’t taken the precautions they have this time around. I think that’s fair that they do it. And hopefully, they won’t need to be used and we have a great race and we move forwards.

“I don’t really particularly have an opinion about it otherwise. I’m here to do my job and I don’t want to see the stewards any more than they want to see me.”

While Verstappen wasn’t overly impressed with Masi’s addition: “I mean, I know what’s in the sporting code, so nobody needs to be really reminded of that. They can put it in every single race weekend. It’s nothing new for this weekend.”

Article 9.15.1 “The Competitor shall be responsible for all acts or omissions on the part of any person taking part in, or providing a service in connection with, a Competition or a Championship on their behalf, including in particular their employees, direct or indirect, their Drivers, mechanics, consultants, service providers, or passengers, as well as any person to whom the Competitor has allowed access to the Reserved Areas.”

Article 12.2.1 – Breach of Rules and in particular Article 12.2.1.l “Any infringement of the principles of fairness in Competition, behaviour in an unsportsmanlike manner or attempt to influence the result of a Competition in a way that is contrary to sporting ethics.”

Article 12.4.5 “For all the FIA Championships, cups, challenges, trophies or series, the stewards may also decide to impose the following penalties: Suspension for one or more Competitions, withdrawal of points for the Championship, cup, challenge, trophy, series.”

Article 12.4.5.a “Points should not be deducted separately from Drivers and Competitors, save in exceptional circumstances.”