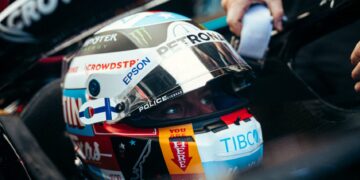 First blood to Bottas in opening US GP practice

First blood to Bottas in opening US GP practice 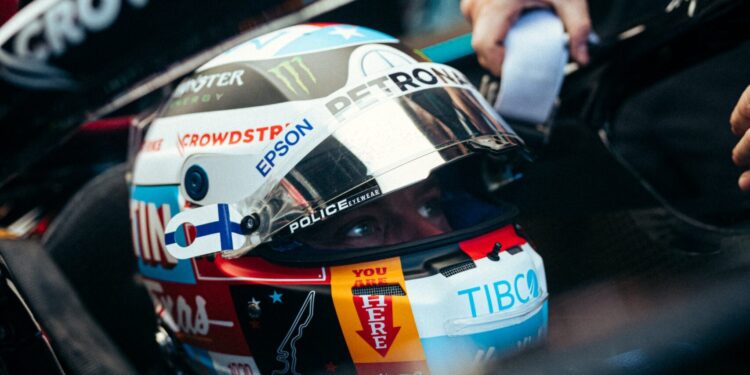 USA Grand Prix – Mercedes’ Valtteri Bottas has set the benchmark ahead of his teammate Lewis Hamilton in first practice for the US Grand Prix.

The Finn, who will take a new internal combustion engine for this weekend, set a time of 1:34.874 and was just 0.045s faster than his teammate Hamilton. Championship contender Max Verstappen put his Red Bull in third, nearly a second adrift of the Mercedes cars.

As the Texan sun bathed the Circuit of the Americas in warm sunshine, the drivers had to get to grips with one of the warmest US Grand Prix weekends of recent years.

It was drama for Alpines’ Fernando Alonso who was instructed to stop his car on track whilst on his outlap. The stewards immediate brought out the red flags with less than four minutes of the session run. As Alonso’s stricken A521 was recovered, replays showed a potential hydraulic issue as fluid was seen gushing out of the bottom of his car.

The session restarted with 49 minutes left, and drivers took to the circuit immediately to make the most of the rest of the running.

Ferrari’s Charles Leclerc brought out the yellow flags at the 40 minute mark after he dropped it at the esses and spun into the gravel. The Frenchman was able to get going again without damage.

With less than 20 minutes to go, Alpine had resolved the issues with Alonso’s car and managed to get the two-time world champion out for some all-important running.

At the close of the session, both Red Bull’s Sergio Perez and Haas driver Mick Schumacher had a coming together at the hairpin. The Mexican tried a move on the inside of the young German, but there was no room and the pair bashed wheels.

The two Ferrari’s of Leclerc and Carlos Sainz set the fourth and fifth fastest times with Pierre Gasly in the AlphaTauri in sixth place.

Perez, who lead the session at one point, set the seventh fastest time, ahead of McLaren’s Lando Norris in eighth.

The two Alfa Romeo cars of Antonio Giovinazzi and Kimi Raikkonen rounded out the top ten.