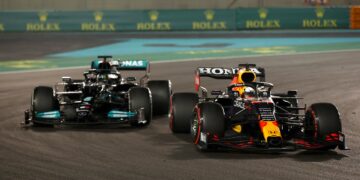 First Mercedes protest is dismissed, second still to be decided

First Mercedes protest is dismissed, second still to be decided 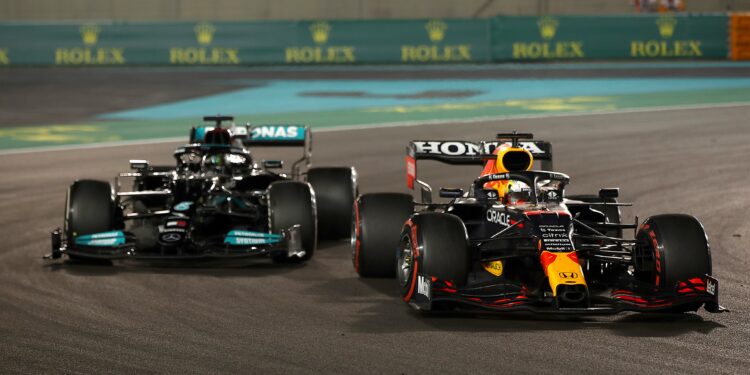 Abu Dhabi Grand Prix – Mercedes’ protest against Max Verstappen has been dismissed by the stewards but the classification decision has yet to be made.

Mercedes claimed that Max Verstappen had passed Lewis Hamilton behind the Safety Car and in doing so, breached article 48.8. Red Bull argued that both drivers were on and off the throttle at the time and that cars have previously pulled alongside before settling back in order without issue.

While the stewards agree that the Dutchman did briefly get slightly ahead of Hamilton, he was behind at the Safety Car line. And as such, the protest is dismissed.

The protest against the race classification, and the fact that only the lapped cars between the two championship contenders were allowed to overtake before the Safety Car period ended is still awaiting a decision.

The text of the decision to dismiss the protest read as follows:

The claims of Mercedes:
Mercedes claimed that Car 33 overtook Car 44 during the Safety Car period at 1832hrs, in breach of Article 48.8 of the 2021 Formula One Sporting Regulations.

Red Bull’s arguments in defence:
Red Bull argued that Car 44 was not “overtaken” by Car 33, that both cars were “on and off the throttle” and that there were “a million precedents” under Safety Car where cars had pulled alongside then moved back behind the Car that was in front.

Conclusions of the Stewards:
The Stewards consider that the protest is admissible.

Having considered the various statements made by the parties. The Stewards determine that although Car 33 did at one stage, for a very short period of time, move slightly in front of Car 44, at a time when both cars where accelerating and braking, it moved back behind Car 44 and it was not in front when the Safety Car period ended (i.e. at the line).