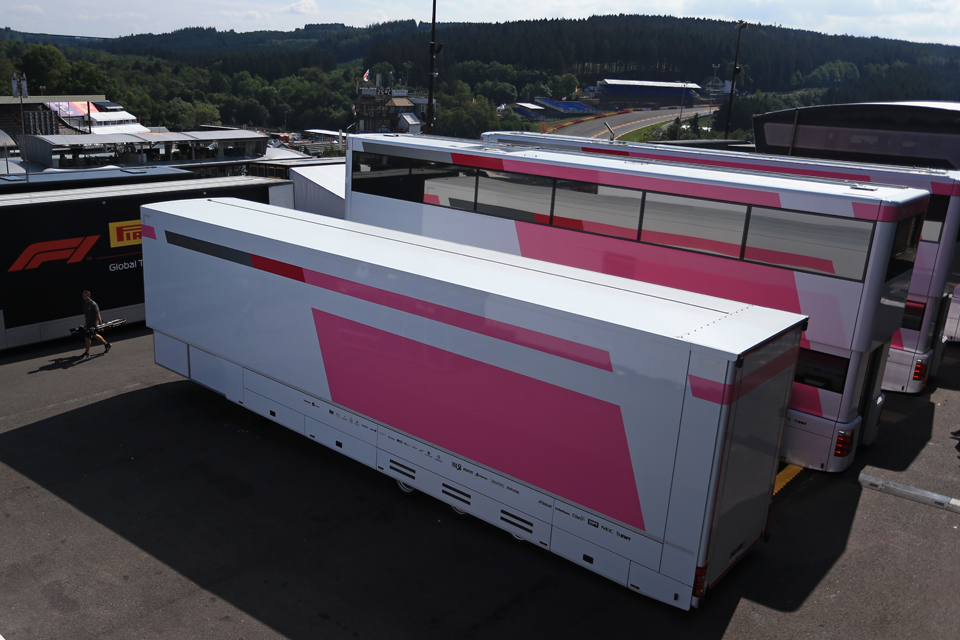 Belgian Grand Prix – Force India go into this weekend’s race at Spa under a new name and identity, resulting in the team being stripped of all their points.

With Force India entering administration prior to the summer shutdown, the team were bought out by a consortium led by Lawrence Stroll, father of Williams driver Lance. Called ‘Racing Point UK Limited’, the sale to the new owners was finalised on the 16th of August.

Unfortunately, under the sporting rules, this is now regarded as a new entry to the sport and, while they have been granted a licence to compete by the FIA, they are reset to zero in the Constructor’s Championship. This is due to the holding company which owned the licence for the team not being bought out by Racing Point. This obviously will have a huge effect on the prize money that will be distributed for results this season. The drivers, Sergio Perez & Esteban Ocon, keep their points.

With Bob Fernley departing the team, Racing Point UK Limited has appointed Otmar Szafnauer as Team Principal and CEO with immediate effect. Otmar has been with Force India since 2010 as Chief Operating Officer.

“As we return from the summer break and prepare for the upcoming Belgian Grand Prix, I want to thank all the staff for their resolve and loyalty during the period of transition.” said Otmar Szafnauer. “Now that we are under new ownership and the future of the team is secure, we can focus on doing what we do best – going racing. We have a great management team in place and this stability will be extremely valuable as we begin the new era. I would like to thank Bob Fernley for his contribution to the success of this team over the last ten years and recognise the support of the previous shareholders for making Force India what it is today.”