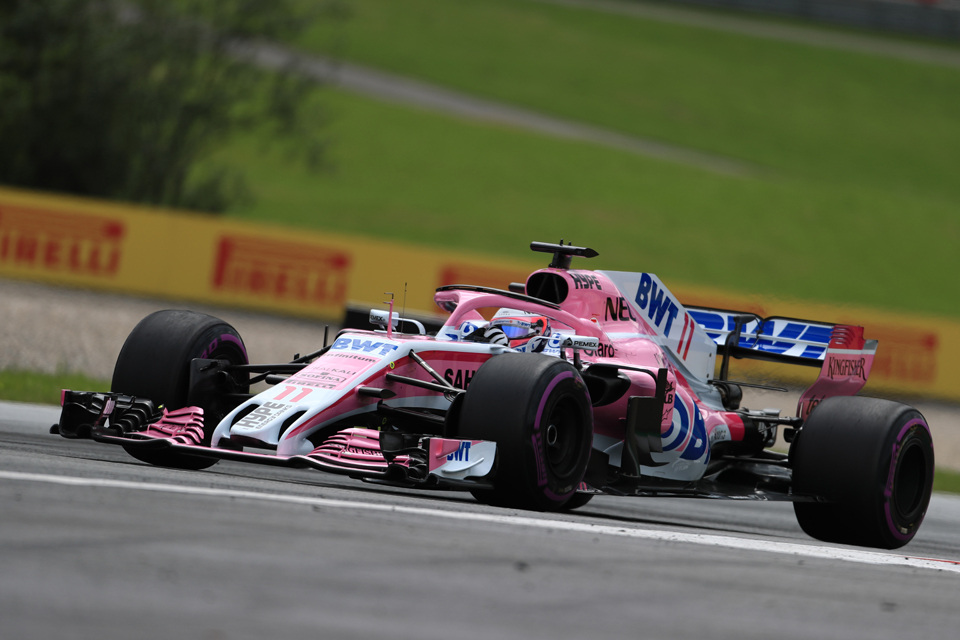 Austrian Grand Prix – Force India were one the main beneficiaries in the high-attrition race at the Red Bull Ring as they took their first double-points finish of the year.

Starting their 200th Grand Prix, Force India were able to capitalise on retirements for both Mercedes, Red Bull’s Daniel Ricciardo and Renault’s Nico Hulkenberg and bring themselves into contention for points.

Running on the fridges of the points in the opening stages of the race, the lead Force India of Esteban Ocon followed the majority of the field and was brought into the pits under the one-and-only virtual safety car of the race. Sergio Perez, however, stayed out and pitted later on for fresh rubber.

With the Force India’s appearing to be easier on their tyres, Ocon was able to break away from the rest of the midfield and keep the pressure on Haas’ Kevin Magnussen.

However, with Perez catching the pair of them on fresher tyres, Ocon was instructed to let his team-mate by in order to let Perez challenge Magnussen.

He was unable to mount a challenge to the Haas, and the Force Indias swapped back their positions on the final lap, as part of the agreement.

“I’m happy with this result and it’s a very good day for the team. We can be really pleased with our performance today,” enthused Ocon.

“We managed our tyres well and made the one-stop race work when others around us were struggling. We kept our tyres going until the end and we also showed great teamwork with Checo as we swapped places to chase Magnussen.

“I think we showed where this team is strong. Hopefully the next updates will keep bringing performance to the car and we can keep the momentum going. The championship battle in the midfield is going to be very close until the end of the season and we need to keep pushing.”

Perez added that he was pleased to score points despite starting from fifteenth on the grid.

“Starting from P15 on the grid and finishing seventh is a great effort and we should be proud of this achievement. Yes, there were some cars that retired ahead of us, but we raced well and made our strategy work so that we could take advantage of these opportunities.

“We didn’t pit under the Virtual Safety Car, like many others did, but the strategy we chose worked really well and I had strong pace all afternoon, especially in the closing laps. I wanted to chase down Magnussen at the end, but it just wasn’t possible.”

Thank you for being with us on this journey, yesteryear, today and in the future! #SFIFamily #ForceIndia pic.twitter.com/hqzuiMBsKP