Formula 1 announces start times and schedule for each race

Lewis Hamilton ‘overcome with rage’ by US racism injustice

Dixon: Nighttime transition with Aeroscreen could be an issue

Formula 1 announces start times and schedule for each race

The planned schedule and start times for each Grand Prix throughout the year, including the new Vietnam and Dutch Grands Prix, have been announced.

Formula 1 has announced the start times and planned race schedule for each Grand Prix throughout 2020.

There’s no particular surprises, with new races in Vietnam and Netherlands being given their start times. The Vietnam Grand Prix, set to take place in Hanoi in early April, is scheduled for a 14:10 local time race start, while the return of the Dutch Grand Prix at Zandvoort will be at 15:10 local time.

As usual, Monaco’s day of practice takes place on the Thursday of the weekend, as is tradition in the Principality.

Japan’s schedule is yet to be decided, with F1 saying this will be decided in the coming weeks. The United States Grand Prix takes place over the weekend where the clocks change for Daylight Savings Time in the UK, with viewers advised to take note of the hours listed. 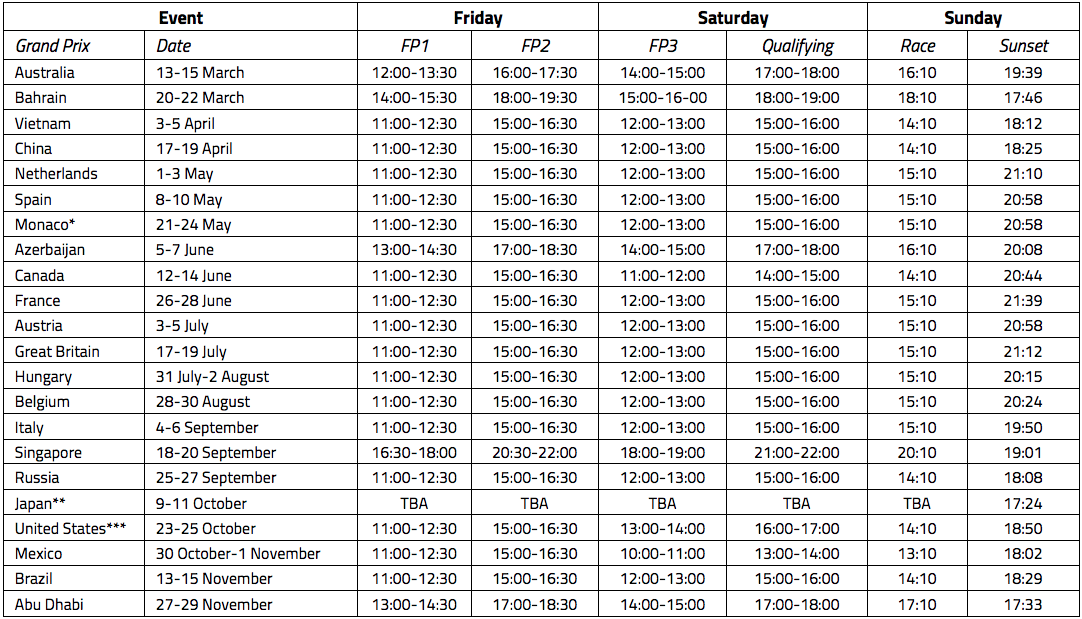