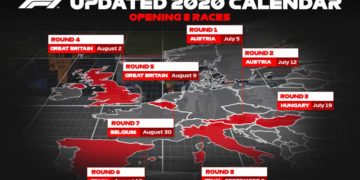 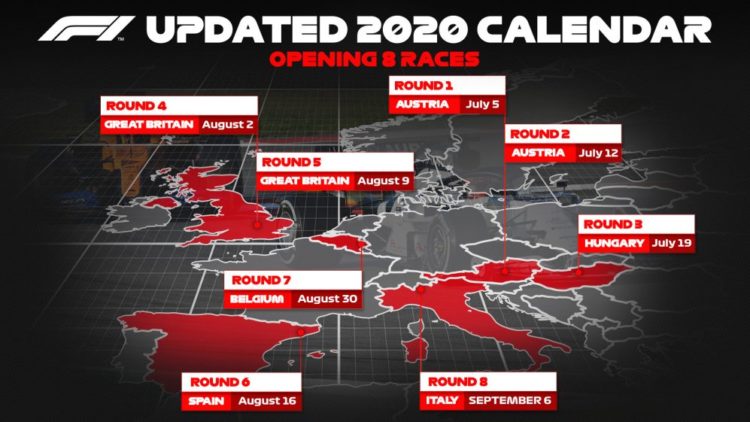 Formula 1 has confirmed the initial 2020 F1 calendar, with the opening eight races now with set dates. The first race will be held in Austria.

Formula 1’s 2020 season will get underway in July with a back to back race in Austria. The Austrian Grand Prix will hold the season opener, taking place at the Red Bull Ring. The venue will hold another race on the following weekend, but will be branded as the Steirmark Grand Prix.

The season gets underway some four months after it was supposed to. F1 arrived in Australia for the traditional season opener in March, but a confirmed case of coronavirus was found within the paddock on the Thursday. As a result, the race was called off. With the world immediately going into shutdown, the first half of the F1 calendar was called off or postponed.

However, with restrictions now lifting, the FIA has tentatively revealed a provisional eight race calendar with scheduled dates.

Following the double header in Austria, F1 will travel to the Hungaroring in Budapest before a short break. Two races will then be held on consecutive weekends at Silverstone. The first of these will be the British Grand Prix, with the second one called the 70th Anniversary Grand Prix.

The Spanish Grand Prix at the Circuit de Catalunya will follow suit, with Spa-Francorchamps hosting the Belgian Grand Prix after that. The Italian Grand Prix at Monza will round out the provisional European calendar on its originally scheduled date of September 6th.

All of these races will be supported by Formula 2 and Formula 3 as they attempt to get their seasons underway.

At the moment, these events are all expected to be closed to spectators and limited to just essential staff from F1 and the teams.

The expectation is that there will be a total of 15-18 races crammed in between July and December.

,“In the past weeks we have been working tirelessly with all our partners, the FIA and the teams to create a revised opening 2020 calendar allowing us to restart racing in the safest possible way.” said Chase Carey, Chairman and CEO of Formula 1.

“We are pleased to be able to set out our opening eight race calendar today and look forward to publishing our full calendar in the coming weeks.

“I want to thank every promoter and partner for their support and ongoing commitment to Formula 1.

“While we currently expect the season to commence without fans at our races we hope that over the coming months the situation will allow us to welcome them back once it is safe to do, but we know the return of Formula 1 will be a welcome boost to sports fans around the world.” 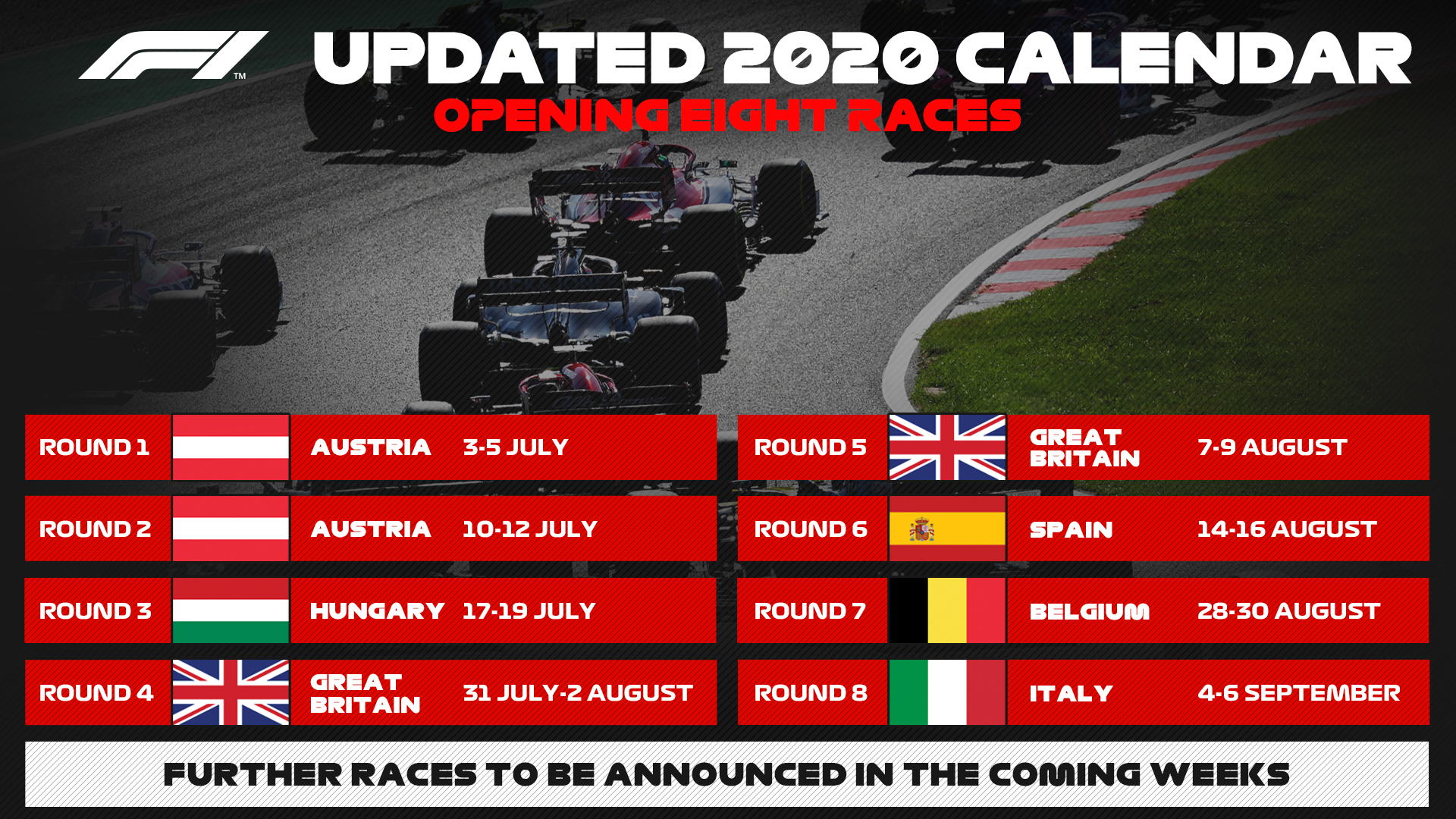