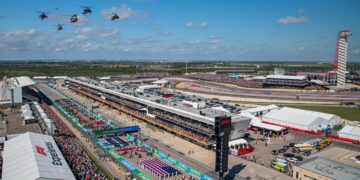 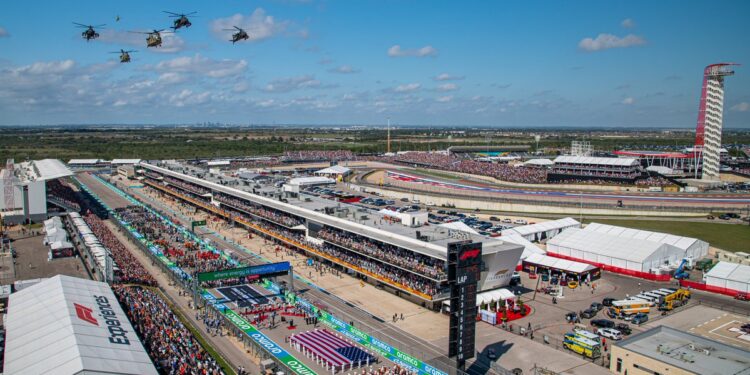 Circuit of the Americas

United States Grand Prix – Ferrari and McLaren will field their first rookies of the year while Williams and Alfa Romeo complete their mandatory sessions.

A new rule for this season requires each team to hand over one of their cars to a young driver, with no more than two Grand Prix starts under their belt, at two events during the year. With Ferrari and McLaren putting their first rookies in the car this weekend, that will leave Alpine as the only team with two session still to complete.

The rule has been a great help to Nyck de Vries who, as a Mercedes reserve, took part in session for Williams, Mercedes and Aston Martin before being called up to fill in for the majority of the Monza weekend for Williams after Alex Albon took ill. All of which saw the Dutch driver secure an AlphaTauri seat for next season.

This weekend will see Ferrari hand over one of their F1-75s to test driver Robert Shwatzman today. The Russian-Israeli driver has been part of the Ferrari Driver Academy since 2017 previously took part in the 2021 post-season young driver test for both Ferrari and Haas but this will be his first appearance in an F1 race event session.

Shwartzman, who was runner up in last year’s F2 championship, is also set to take part in an FP1 at one of the final few races.

McLaren will give 2021 IndyCar champion, Alex Palou, the reigns for one of their cars today. Over the past few weeks the Spaniard has had a taste of how McLaren cars feel having driven last season’s car in Barcelona and Austria as part of the team’s Testing of Previous Cars programme.

Palou has had an interesting summer after it was announced by Chip Ganassi Racing that the Spaniard would be continuing with them for next season, Palou denied the press release before McLaren revealed that he would be joining them.

That then led to a lawsuit but it was eventually agreed that Palou would continue with Chip Ganassi in IndyCar but be allowed to test for F1 with McLaren.

Williams and Alfa Romeo will both complete their mandated rookie sessions this weekend, Williams having run de Vries back in Spain while Alfa Romeo were able to use Zhou Guanyu’s debut back in Bahrain as one of their rookie runs.

Theo Porchaire who currently sits second in this year’s F2 championship, will be in the Alfa Romeo. The French teenager has been part of the Sauber Junior Team since 2019 and had his first go in an F1 car at a tyre test last year.

Williams’ pick for FP1 will most likely have the most local interest as they’ll be fielding American racer Logan Sargeant. The young driver, who sots P3 in the F2 championship, joined the Williams Driver Academy last year and then got his first taste of an F1 car at the post-season test.

Sargeant will be the first American to drive in an F1 session since Alexander Rossi at the Brazilian Grand Prix 2015.