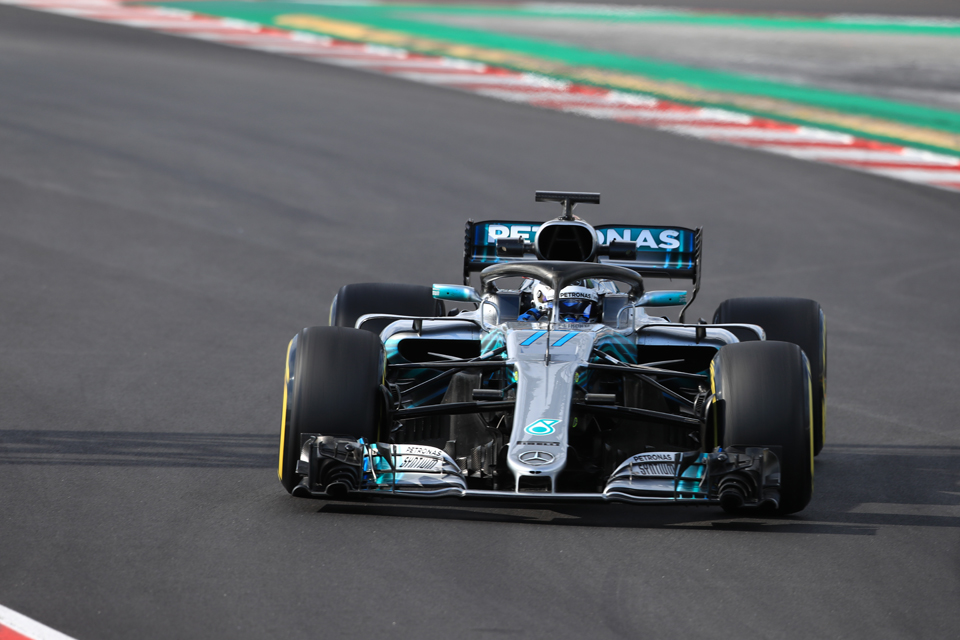 Bottas put in a 1:18.695 to lead championship leader Hamilton by three tenths in the early stages of the session. The Finn had a spin at Turn 10 trying to find more time after locking up into the hairpin corner.

Sebastian Vettel for third fastest for Ferrari, 0.950 seconds off the pace. He also had an off early in the session, losing the back end of the car at the Turn 13 right-hander.

Several drivers had offs as a lack of grip from the new track surface was combined with gusty winds which caught out several drivers. Daniel Ricciardo crashed his Red Bull at Turn 4 after losing the rear in the middle of the corner and running into the barriers.

He was forced to sit out the remainder of the session, but the team is sure it will not compromise his car in terms of its upgrade package for this race as he was running older parts at the time. He ended the session seventh.

Brendon Hartley also went off at Turn 4 but survived with a trip through the gravel, and spun at Turn 10 towards the end of the session. Romain Grosjean had similar issues, also running going off-road at the Turns 7/8 chicane, but ended the session an encouraging eighth.

Max Verstappen was fourth fastest, one second off the pace but he did the majority of his running on the medium tyre, the hardest available this weekend, while the leaders did their times on the softs.

Kimi Raikkonen was fifth ahead of Fernando Alonso who debuted McLaren’s upgrade, the most prominent of which is a new nose. Team-mate Stoffel Vandoorne was ninth fastest ahead of Pierre Gasly’s Toro Rosso.

Robert Kubica took part in his first official Grand Prix weekend for the first time since the end of the 2010 season, taking Sergey Sirotkin’s seat for the session. He ran the Williams upgrade package, finish 19th in the session.

Lance Stroll was slowest in the session after crashing his car at Turn 5.