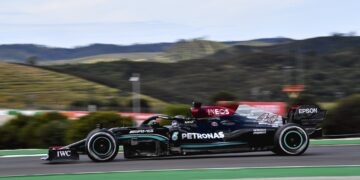 FP2: Hamilton goes fastest ahead of Verstappen in second practice

FP2: Hamilton goes fastest ahead of Verstappen in second practice 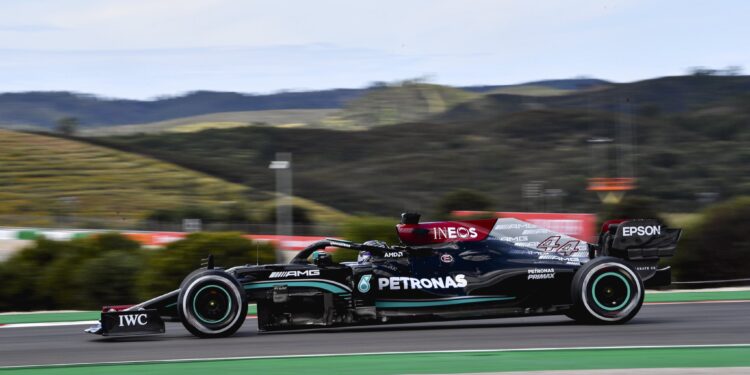 In a windy session which saw the top 12 separated by just a second, the reigning World Champion posted a time of 1:19.837. However, the Max Verstappen versus Hamilton battle seems to be raging on as the Dutchman set a time that was 0.143s off in his Red Bull.

Valtteri Bottas finished in third place setting a time slower than his best effort in the previous session. However the Finn was just 0.344s off his teammate.

Ferrari’s Carlos Sainz managed to get to grips with the slippery surface and put his Ferrari up into fourth place, just 0.016s off Bottas’s time.

The big surprise was the Alpine cars of Fernando Alonso and Esteban Ocon who finished up in fifth and sixth respectively. The French marque look to have genuine pace this weekend and this is the first time all season that the cars have looked competitive.

Charles Leclerc finished down in seventh place; the Ferrari man just half a second off Hamilton’s benchmark. It was a stronger session for Daniel Ricciardo who put his McLaren in 8th place.

Lance Stroll had a better session putting his Aston Martin in 9th place, whilst Sergio Perez couldn’t get a clean lap in – the Mexican, who finished in 10th, was blocked on his best lap by Nikita Mazepin in the Haas.

George Russel continues to impress in the Williams putting his car into 13th place, whilst Yuki Tsunoda was down in 14th in the sister Alpha Tauri.

Sebastian Vettel’s woes continue as the four-time World Champion struggles to extract pace in his Aston Martin. The German finished down in 15th, a whole second off his teammates’ time.

Kimi Raikkonen put his Alfa Romeo into 16th whilst Antonio Giovinazzi returned to the cockpit having sat out the first session for development driver Callum Ilott.

Mick Schumacher was down in 18th for Haas having had some troubles with his power unit, whilst Nicholas Latifi in the Williams and Nikita Mazepin rounded out the field.