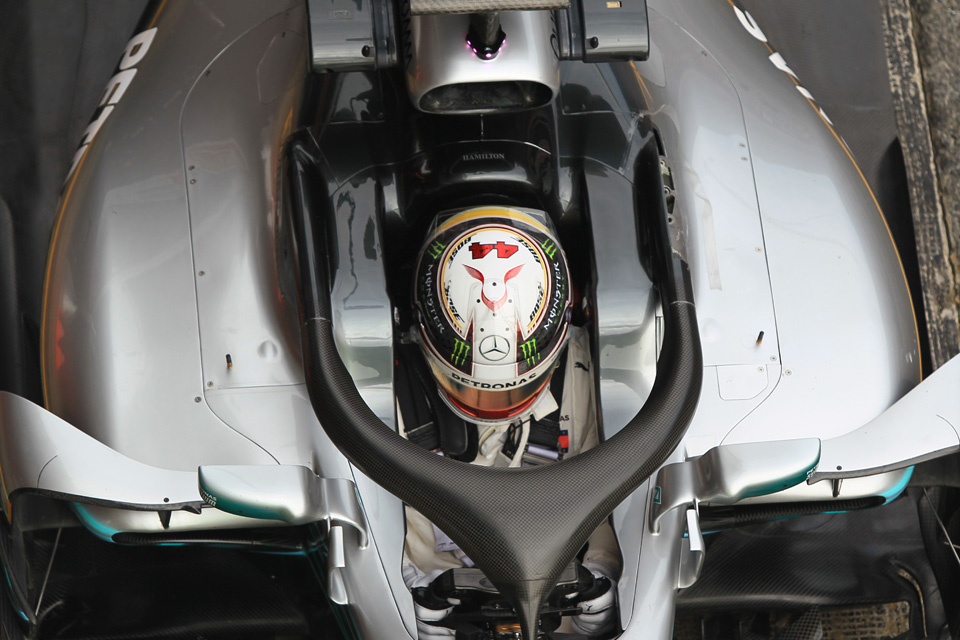 With qualifying edging ever closer, teams and drivers continued to turn up the performance on their cars, with question marks still remaining over who has the advantage.

After finishing fastest in the opening practice session of the season, Hamilton’s advantage was reduced in FP2 from half a second to 0.127 of a second.

The Briton set the fastest lap of the weekend with a 1:23.931, with all drivers attempting to set times on the ultra soft tyre compound.

Red Bull’s Max Verstappen split the two Mercedes drivers by finishing ahead of Valtteri Bottas, who was within one-quarter of a second of his team-mate’s lap time.

The Ferrari duo of Kimi Raikkonen and Sebastian Vettel – who were the first of the front-runners to set lap times on the ultra-soft tyre – finished the session in fourth and fifth place.

As a few drivers were attempting to set their fastest laps on the ultra soft tyre, the session was interrupted by a red fag.

Part of the timing line wire on the start/finish straight had come loose and was in danger of being caught by the underside of passing cars.

The delay lasted for less than five minutes after officials cut away the offending cable.

The second Red Bull of Daniel Ricciardo was on course to set a lap time in the top four, but he was interrupted by the red flag, finishing the session in seventh.

McLaren continued to highlight McLaren’s step forward with both of the their cars finishing in the top ten. Fernando Alonso and Stoffel Vandoorne finished in eighth and tenth respectively.

The pair were separated by the second Haas of Kevin Magnussen, whose session was broken up by the need to replace suspension components on his VF-18.