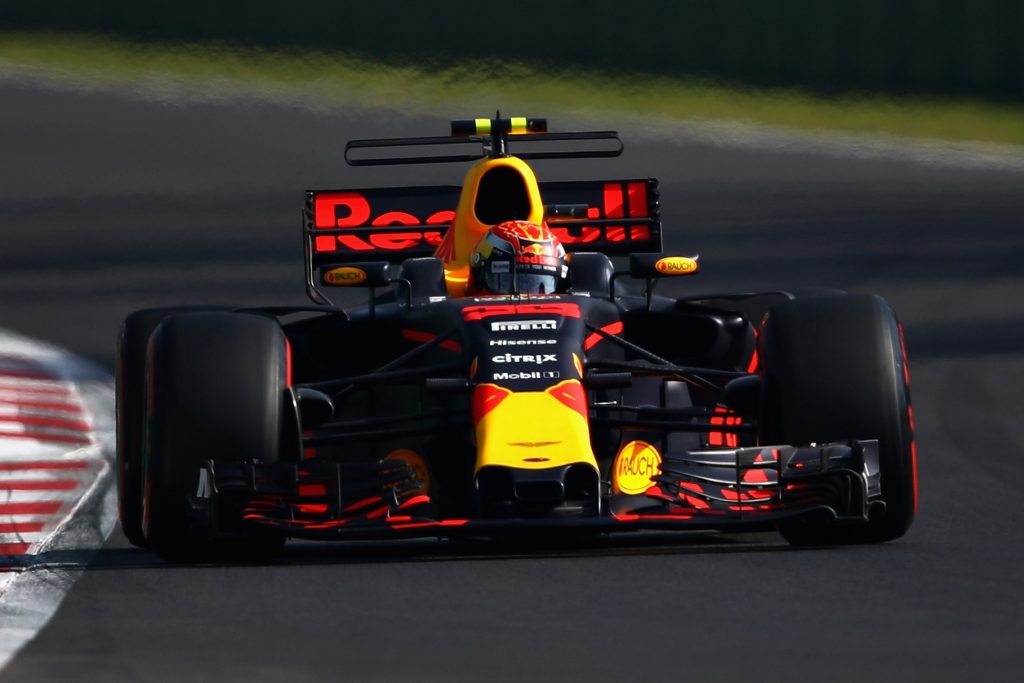 The Dutchman did a time of 1:17.113 to dispatch Sebastian Vettel from the top spot, who in turn took that from Valtteri Bottas, who led the session in the early stages.

Vettel ended the session in third ahead of Bottas, both around a tenth off Verstappen, with Daniel Ricciardo just behind and a quarter of a second off the pace.

Kimi Raikkonen was sixth, four tenths off the time set by Verstappen.

Force India were seventh and eighth with Sergio Perez and Esteban Ocon respectively, leading the midfield battle ahead of the two Renaults, running the new bargeboards.

With a nigh-on guarantee of locking out the back row due to engine penalties, McLaren focused on race pace during the session so were just 16th with Fernando Alonso and 19th with Stoffel Vandoorne.

The Belgian has had to revert back to the older specification Honda engine after a failure during FP1. He is also running the old front wing.

Pascal Wehrlein lost over half the session to an electronics issue. He ended the session 18th for Sauber.

Having only completed ten laps prior to the session, Pierre Gasly’s second Grand Prix weekend worsened when he pulled out with a power unit issue on only his second lap.

He now goes into qualifying with a 15-place grid penalty after taking on a seventh MGU-H, in addition to a new control electronics.