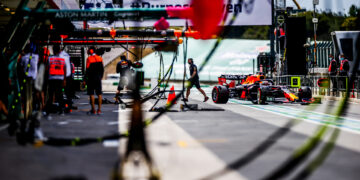 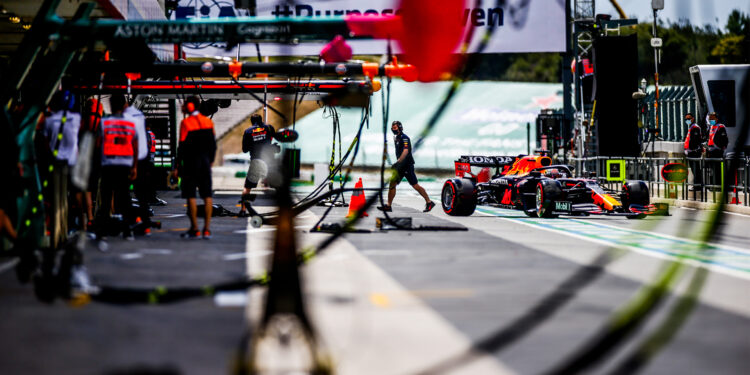 The Dutchman set a time of 1:18.489 after a few longer runs on the soft compound tyres and was faster than second place man Lewis Hamilton by 0.236s.

Mercedes teammate Valtteri Bottas was in third place just a tenth of Hamilton’s time, whilst Red Bull’s Sergio Perez put in a competitive lap to finish in fourth, just 0.351s off Verstappen’s benchmark.

A number of drivers had their times deleted for exceeding track limits, something that will come into play in qualifying later in the afternoon – but Verstappen managed to get a clean lap in to come top.

The Virtual Safety car was brought out early in the session to deal with an advertising board that had blown down in the wind with the Marshalls dealing with the incident fairly quickly.

Esteban Ocon was best of the rest in fifth just 0.020s off Perez – the Alpine looking competitive here this weekend. Teammate Fernando Alonso would have finished in sixth, but had his best time deleted for exceeding track limits – he finished the session down in 14th.

Click here to view the full practice results from FP3

The Ferraris of Charles Leclerc and Carlos Sainz finished in sixth and seventh respectively ending a solid session for the Scuderia, whilst Lando Norris put his McLaren in 8th. The Briton was 0.783s off the best time and seemed to struggle with the rear, even spinning at the hairpin.

Pierre Gasly was in 9th in the Alpha Tauri, whilst Kimi Raikkonen put his Alfa Romeo in a competitive top ten position.

Yuki Tsunoda finished in 11th, just a tenth off his Alpha Tauri teammate, whilst Daniel Ricciardo finished in 12th.

Antonio Giovinazzi put his Alfa Romeo in 13th, the Italian having to do some catchup work after F2 star and Alfa Romeo development driver Callum Ilott put in a stint in FP1.

Mick Schumacher impressed in his Haas finishing in 15th, ahead of both Aston Martin cars. Lance Stroll and Sebastian Vettel finished down in 16th and 18th, the upgrades to Stroll’s car making him a tenth faster than his teammate who doesn’t have the upgrades this weekend.

George Russell was in 17th for Williams with his teammate Nicholas Latifi in 19th, whilst Nikita Mazepin rounded out the field, having suffered a spin late on in the session.