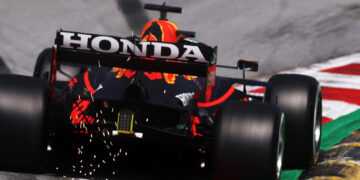 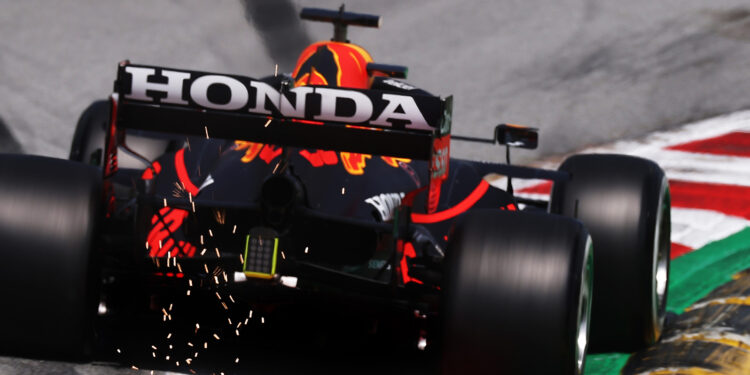 The Red Bull drivers time of 1:17.835 was just 0.235s ahead of his Championship rival and Mercedes driver Lewis Hamilton. Hamilton had lead for much of the session, but when putting on the soft tyres, Verstappen set a blistering time to go top.

Charles Leclerc set a surprising time in the Ferrari finishing up in third with a 1:18.308 and just 0.473s off Verstappens benchmark. Teammate Carlos Sainz finished just behind in fourth. Valtteri Bottas in the sister Mercedes was down in fifth, unable to beat the two Ferraris.

As the temperatures rose and the track started to rubber up, drivers swapped to their soft compound tyres for their qualifying runs. World Champion Kimi Raikkonen brought out the yellow flags with a puncture in his Alfa Romeo. The Finn looked like he ran over the sausage kerbs in the final sector and ripped a chunk out of his tyres.

McLaren had a better day after their struggles on Friday. Lando Norris ran wide at the re-profiled turn 10 and went off into the gravel. The McLaren man was unscathed, but he was on a personal best laptime when he went off. However, his fastest time was good enough for sixth, with teammate Daniel Ricciardo getting up to speed in eighth.

Pierre Gasly set the seventh fastest time in the Alpha Tauri whilst Perez struggled finishing down in 10th. The Mexican was a full 0.7s off his teammate and pace-setter.

Alpine were unable to make good on their pace on Friday with Fernando Alonso down in 11th and teammate Esteban Ocon in 13th – the warmer temperatures not working for the French marque.

Yuki Tsunoda was in 12th whilst Aston Martin struggled with Lance Stroll in 14th and Sebastian Vettel down in 17th.

George Russell put his Williams in 15th with Antonio Giovinazzi in 16th in the sister Alfa Romeo. The usual suspects rounded out the field with Nichola Latifi in 18th for Williams and the Haas duo of Mick Schumacher and Nikita Mazepin at the back.