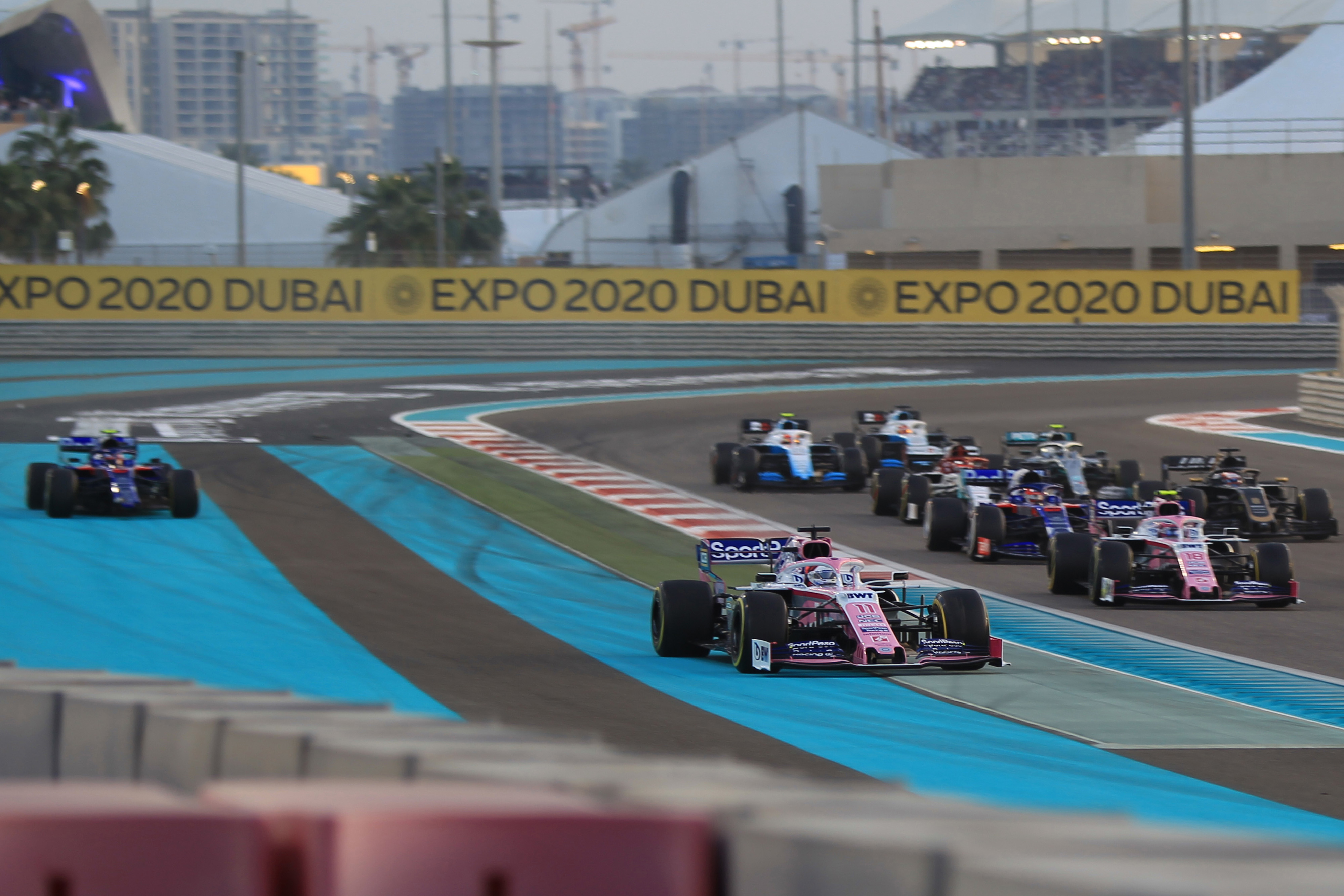 Abu Dhabi Grand Prix – Toro Rosso’s Pierre Gasly trundled around at the back of the field for the entirety of the Yas Marina race after a first lap collision.

Pierre Gasly had a miserable race at Yas Marina in Sunday’s Abu Dhabi Grand Prix having started from P11.

Racing the Racing Points hard into the first corner, Gasly’s left rear wheel was tagged by Lance Stroll’s right front as the Canadian slightly outbraked himself. The tap on Gasly resulted in the French driver being turned around slightly and he smashed his front wing off the right rear wheel of Sergio Perez. The damage cost Gasly valuable time as he returned to the pits, where a disastrously slow pitstop saw him lose a minute and twenty seconds as the team changed his front wing. The reason for this delay was due to damaged screws meaning it was difficult to remove the old wing.

Emerging just in front of Lewis Hamilton as the Mercedes man led the race, Gasly fell a lap behind on Lap 5 and spent the rest of the race watching out for blue flags as cars came through to lap him. With no Safety Car intervention, Gasly couldn’t hope for much and wound up finishing P18 ahead of the damaged Williams of Robert Kubica.

“I don’t have much to say.” said a frustrated Gasly afterwards. “I haven’t seen the footage but, from what it felt like, Lance just hit me at Turn 1 and I came around and hit Checo [Perez] and broke the front wing.”

Gasly is tapped by Stroll before running into Perez

He boxes for a new front wing#AbuDhabi2019 🇦🇪 #F1 pic.twitter.com/GSOT49q0aQ

“I was one lap down and hoping for the Safety Car all race so yeah…it was boring.”

Toro Rosso had been hopeful of pipping Renault to P5 in the Constructor’s Championship, but couldn’t overcome the six point deficit with one car failing to score. While Kvyat went on to score a P9 finish, it was a case of what might have been for Gasly as the car that he was racing, Sergio Perez, went on to finish in P7.

“I was really looking forward to the battle today. As Daniil was able to show, we had the pace and it could have been an exciting end to the season.”

“Unfortunately, my race was over on the first lap when I got hit from behind and pushed into the car in front and my front wing broke. After the pit stop to replace it, I was one lap down and it is frustrating when you’re out there without being able to fight anyone, just hoping for a safety car. It’s a shame to end the last race of the season like this.”