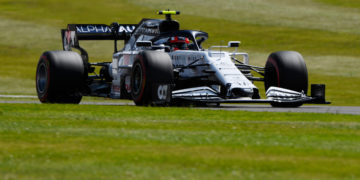 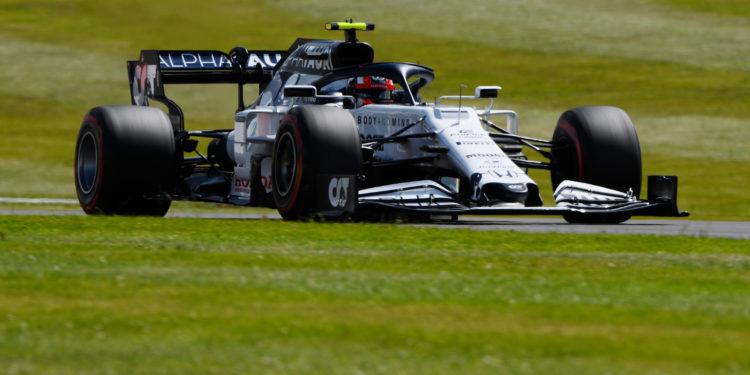 British Grand Prix – Alpha Tauri’s Pierre Gasly admitted that his P7 finish was a surprise, saying that the race was ‘probably one of his best ones’.

The Frenchman drove a solid race to climb all the way up to P7 at the chequered flag, making several key overtaking moves, passing the Racing Point of Lance Stroll and even Sebastian Vettel’s Ferrari into Club in the closing stages of the race.

“It’s really fantastic for us to finish P7 today!” said a jubilant Gasly afterwards. “It was a very strong race and probably one of the best ones from me.

“We didn’t expect such a result today, we knew we could potentially score points, but it was going to be a challenge as the timing of the first safety car didn’t play into our hands.

“I think we were P12 at the time and I had to fight my way through the crowd. It was tough but very enjoyable and I had many great battles with Vettel, Stroll and [Antonio] Giovinazzi.”

Gasly managed to overtake four-time World Champion Sebastian Vettel on lap 38 with a stunning move around the outside of Stowe corner.

The ex-Red Bull driver was pleased with the move on Vettel and admitted that overtaking the Ferrari around the outside was particularly enjoyable.

“I struggled to get close to Sebastian,” said the 24-year-old. “But then I had one shot to pass him and I knew I had to try and make it work.

“It doesn’t happen every day that you’re able to overtake a Ferrari on the outside, so I really enjoyed that one!

“I’m feeling good in the car and we know where we need to improve, so hopefully we can take another step forward in the coming weeks.”

Alpha Tauri Team Principal Franz Tost was looking forward to the race after the AT-01 received some new updates. The team couldn’t break the top ten in qualifying, but the option of free tyre choice meant more flexibility with strategy.

“We came to Silverstone with a few new parts and we were quite optimistic,” said the Austrian. “From the very beginning of the weekend, we were able to show a good performance throughout all Free Practice sessions.

“For whatever reason, we couldn’t put everything together in Qualifying, even if Pierre’s 11th position on the grid, with a free tyre choice, was actually quite fortunate.

“Pierre had a fantastic race, overtaking many cars and we decided to call him to the pits during the safety car period – unfortunately the one due to Daniil’s accident – to put him on base tyres, which paid off quite well.

“His seventh position at the end of the race brought some good points to the team.”