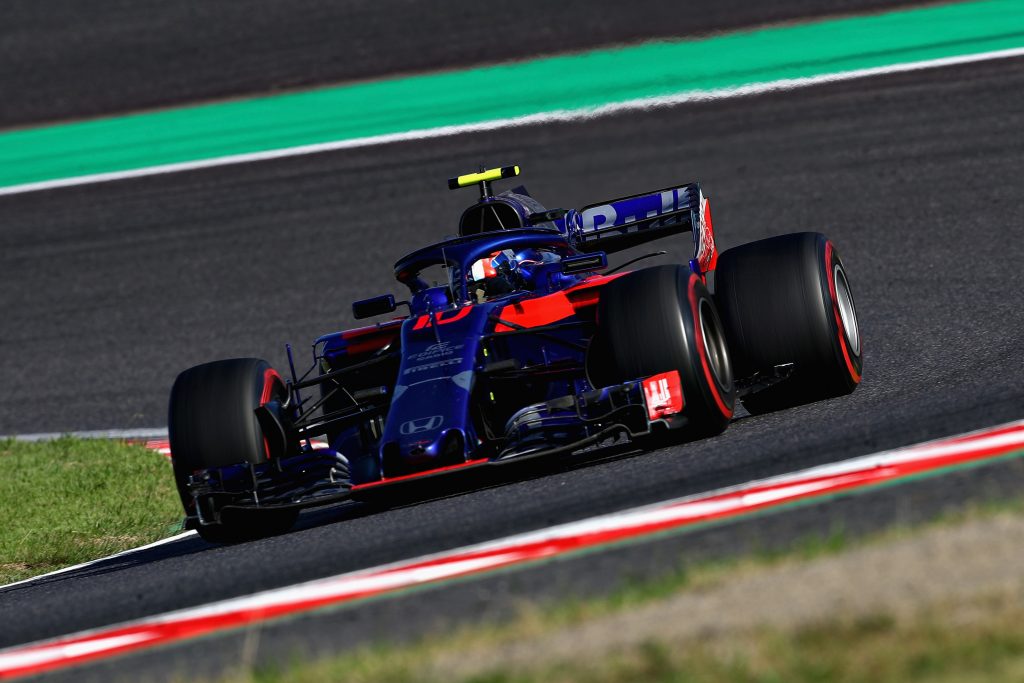 Japanese Grand Prix – Toro Rosso’s Pierre Gasly says Suzuka is one of the best tracks of the year for Formula 1 drivers, especially the first sector.

Toro Rosso’s Pierre Gasly says that the Suzuka circuit, venue for this weekend’s Japanese Grand Prix, is one of his favourite tracks in the world. Speaking in his official race preview, Gasly said: “This is one of the best tracks of the year, the most exciting in terms of driving.”

“I reckon it has the best first sector of any circuit we visit, because it is a section where you get a real feel for what a Formula 1 car can do in terms of its speed and the aerodynamic downforce it has. On top of that, it’s old-school with the gravel traps which mean you really can’t afford to make a mistake or your race is over. It’s definitely one of my favourites and it holds many memories too, from when I was racing in the Japanese Super Formula series, but also, each time I’m at Suzuka, my thoughts are of course always with Jules (Bianchi) because of what happened there. It’s a Grand Prix that always generates strong emotions.”

Having finished outside the points in Russia last time after a great intra-team battle between himself and Daniil Kvyat, Gasly says that the extra support of the home crowd for the Honda-powered drivers will give him an extra boost: “The Russian Grand Prix weekend wasn’t the best for me, but I did think I could get some points until the VSC spoilt our strategy, as I’d already made my pitstop. However, I still feel as though things are going in the right direction so I am excited about the next race in Suzuka.”

“There’s another way in which this is one of the best Grands Prix, as it’s here that I have always had so much support from the fans. It’s heart-warming and a pleasure to see so many fans cheering us on. Being a Honda driver in Suzuka is really special because all the Japanese give you a lot of support. It’s impressive and I’m keen to get back there. Last year, we toured several Honda factories and we also visited some this time before the race weekend. I was really struck by the strength of everyone’s support for us and this year, with two teams using Honda PUs, Toro Rosso and Red Bull, I’m sure there will be an even bigger crowd. I think it’s going to be a really special weekend.”