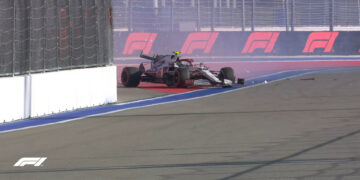 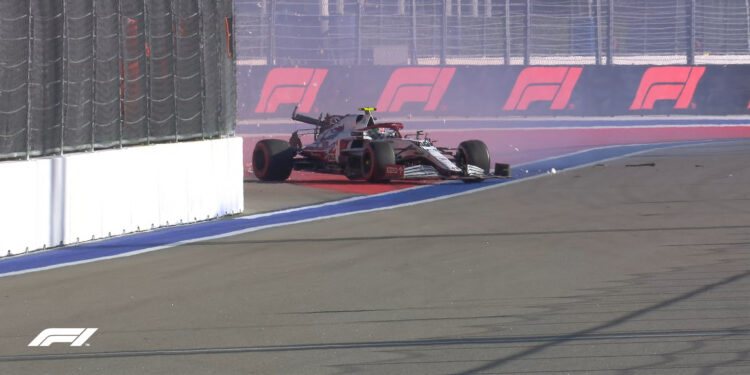 Russian Grand Prix – Alfa Romeo’s Antonio Giovinazzi has explained the cause of his crash which brought out the red flags during Free Practice Two.

The Italian driver appeared to lose the car at Turn 8, spinning around, and slamming backwards into the barriers. The rear of Giovinazzi’s C41 was heavily damaged and the 27-year-old managed to keep going, but parked up shortly afterward, not before littering the track with debris.

After the session, Gionvinazzi explained what happened: “The wind was quite inconsistent during the run and I got a little bit of understeer, more understeer than on the lap before, and I touched the grass on the exit and I lost the rear,” he said.

Alfa Romeo have yet to confirm who will take the second spot beside Valtteri Bottas for next season, and Giovinazzi will need some good results to stake his claim on the last remaining Formula 1 seat.

However, the Italian is impressed with the pace in his car having set the 13th fastest laptime for FP1, and is expecting heavy rain for Saturday.

“Unfortunately it [the crash] happened but otherwise I think we were not too bad in terms of pace, so we’ll see tomorrow. I think FP1 was not too bad and like I say, FP2 was okay so of course tomorrow is another day, but I think it was a good start.

“We need to see how much water there will be tomorrow and after that we’ll see how our pace in the wet will be.”

Teammate Kimi Raikkonen cemented a good showing for the Hinwil-based squad by setting the 15th fastest time in FP1, and 12th in FP2.