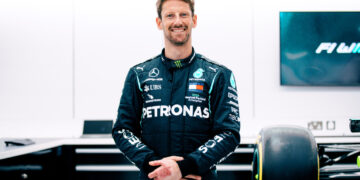 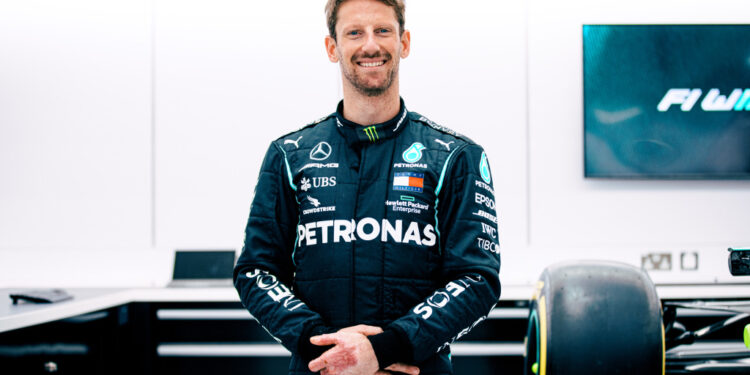 Romain Grosjean will be back in an F1 car for the first time since his horrific Bahrain crash as Mercedes follow through on their test offer.

Back in November, on the opening lap of the Bahrain Grand Prix, Grosjean survived a 67G crash which saw the front of his Hass spearing through a barrier while the rear end ripped off, exposing the fuel and engulfing the Frenchman in flames. Despite having to wrench his left foot out from where it was trapped and figuring out that he had to twist his body a certain way to find a clear exit route, Grosjean escaped his flaming car in 27 seconds.

At the time while it was certain the Haas driver would miss the second race in Bahrain a week later, there was a slight hope that he might be able to return for the season finale and end his Formula 1 career on a more positive note, however his injuries prevented that. As Grosjean was recovering in hospital, Toto Wolff suggested that Mercedes could offer a test day so that Bahrain wouldn’t be the French driver’s last experience of driving an F1 car.

“The idea first came,” said Wolff. “When it looked like Romain would be ending his active career in Formula One, and we didn’t want his accident to be his last moment in an F1 car.

“I have known Romain since his days in Formula Three when he won the Championship. He enjoyed a long and successful F1 career and we wanted to make sure that his final memories would be at the wheel of a championship-winning car. I’m excited to see what Romain’s feedback on the W10 is. I know the F1 community will celebrate seeing Romain back on track.”

The details of the arrangement have now been announced and Mercedes are following through in a lovely manner. Grosjean went to the Mercedes factory in Brackley at the end of March for a seat fitting and simulator time, and will get to experience Lewis Hamilton’s 2019 championship winning Mercedes-AMG W10 EQ Power+, on not one but two occasions at the end of June.

The Frenchman will take the W10 for a demo run at the Circuit Paul Ricard just before the French Grand Prix on June 27th and then two days later, on the seven month anniversary of his accident, Grosjean will be back in the Mercedes for a specially organised test day.

Grosjean, who is currently in his rookie IndyCar season driving for Dale Coyne Racing with RWR, is understandably thrilled with the opportunity: “I am so excited to jump back in an F1 car! It will be a special opportunity for me and to drive a World Championship-winning Mercedes will be a unique experience.

“I’m very grateful to Mercedes F1 and to Toto for the opportunity. The first I heard about the chance to drive a Mercedes was in my hospital bed in Bahrain when Toto was speaking to the media and made the invitation. Reading that news cheered me up a lot!

“F1 didn’t get the chance to race in France during 2020 because of COVID so driving a Mercedes at the French Grand Prix in 2021 and then completing a test at the Circuit Paul Ricard, my home track, will be so special. I can’t wait for the day to arrive.”