Austrian Grand Prix – Haas’ Romain Grosjean says he thinks if another car had been in front of him on his last flying lap in Q2, he might have been able to get into Q3.

With many drivers using the effect of a ‘tow’, the slipstream of a car in front of them, in order to go faster down the straights of the short lap of the Red Bull Ring, Romain Grosjean says he thinks he would have benefitted had he had one for his final flying lap in Q2.

Grosjean put in a 1:04.490 in Q2, keeping him in the dropzone and eventually finishing P11. Kevin Magnussen, by comparison, managed to make it into Q3 with a 1:04.466, just 0.024 ahead of Grosjean’s time. Magnussen then went on to put in a time good enough for P5 in Q3, although he will start from P10 due to an earlier gearbox penalty.

Speaking after the session, Grosjean explained that he felt he would have also made it into Q3 had there been a car in front of him during his final flying lap: “I think it looks worse than it is in terms of delta time. I was three hundredths behind in Q2 and didn’t have a tow. That cost me and I lost three tenths at Turn 3 due to a lot of understeer. The rest of the lap was really good except for that corner. The track got faster then for Q3 and then Kevin had a beautiful tow, he did a really nice job. There was two corners I was slower than him so I’m kind of happy with my qualifying, I still have a big issue getting the tyres to work. Sometimes the rear, sometimes the front axle, there’s always one going somewhere I don’t want it to.”

Starting from P11, Grosjean is the first driver on the grid with free choice over what tyre compound to use for his first stint. He all but confirmed that he will use the Mediums, saying that the Softs don’t have any longevity: “The Soft is melting quite badly so happy not to be on them. I’m surprised Ferrari used them for Q2. The delta at the end of the race against Mediums isn’t big but I’m happy to be able to choose my tyres for the race.”

Having broken his front wing during qualifying, necessitating a pitstop for a fresh one, he explained that it was just a simple driving error that resulted in him hitting the kerbs at the final turn: “I went too wide at the last corner, committed and I was trying to squeeze my foot up to help but…no, it was my mistake.” 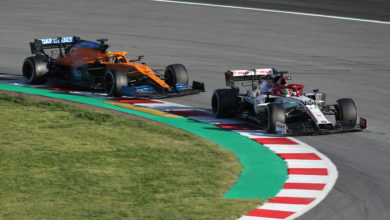 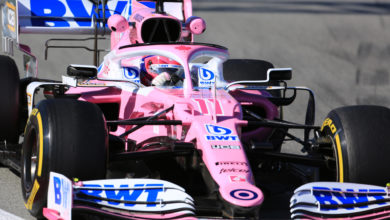 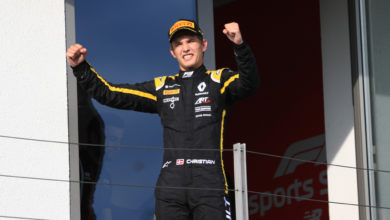