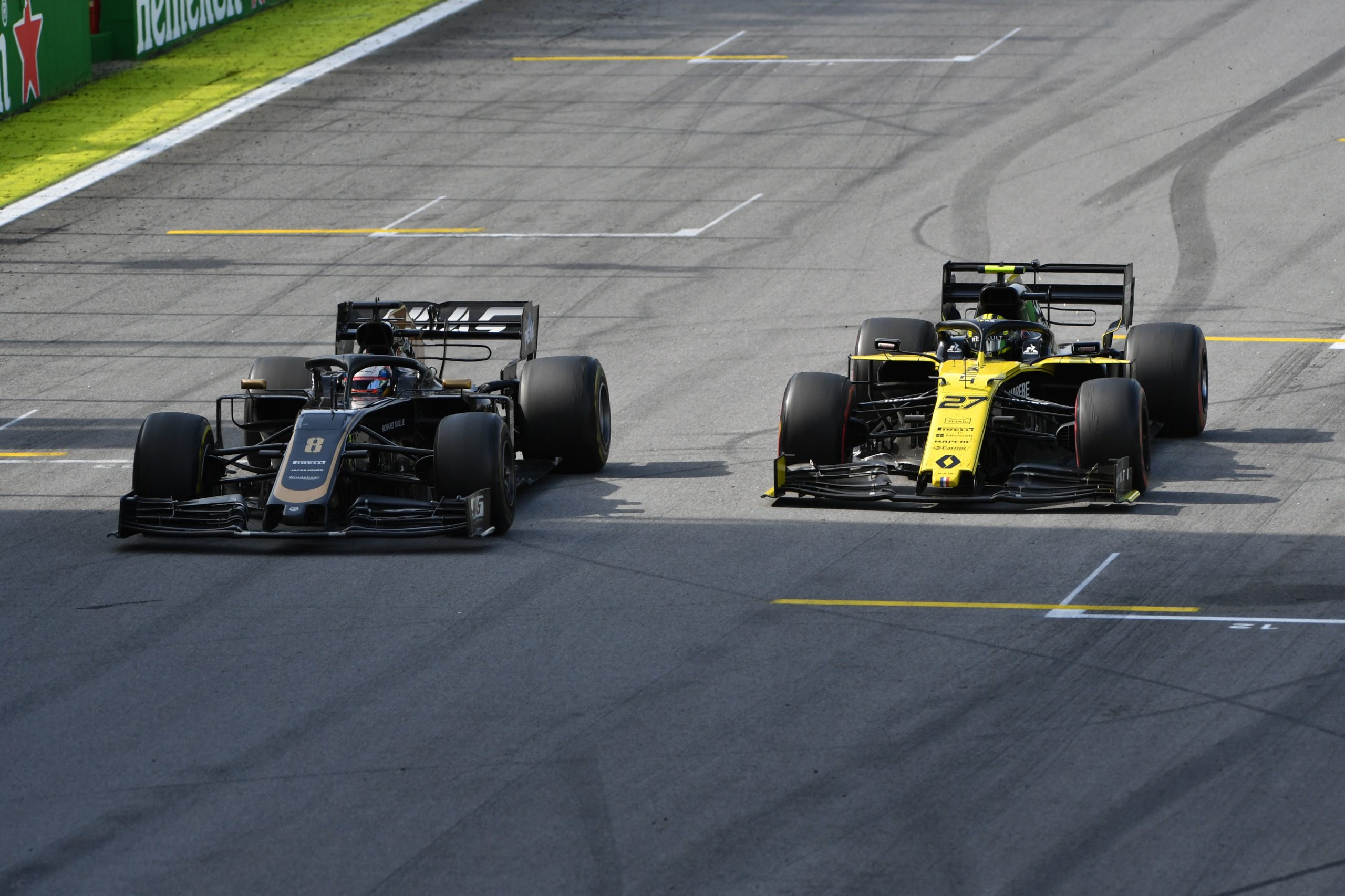 Grosjean’s plummet down the order due to MGU-K issue

Grosjean’s plummet down the order due to MGU-K issue

Brazilian Grand Prix – Haas’ Romain Grosjean had looked good for a points finish in Brazil, until an MGU-K issue meant he fell down the field.

Romain Grosjean’s race in Brazil fell apart in the final ten laps, as he encountered an MGU-K issue that meant he fell down the order very quickly.

The Haas driver had been running in P7 on Lap 60, having been committed to a one stop strategy that had played out quite nicely for him as the race reset under the Safety Car to cover Valtteri Bottas’ Mercedes. When the race resumed, Grosjean lost four positions on the first racing lap. Over the next four laps, he lost another six places and then pitted for a set of Softs to get to the flag. He wound up P13 after the final Safety Car allowed him to close back in on the field again.

With both Haas drivers suffering misfortunes after running in the points early in the race, Grosjean couldn’t believe how unlucky they had been: “We just didn’t get any luck. We were doing the race of our life, we were hanging on in there in P7 with a car that doesn’t deserve that. We were doing an amazing job and then the safety car fell at exactly the wrong time for us. The tyres at the restart were just tired from a long stint. We knew we could go to the end, but then Sainz pushed me wide at the restart into turn two. I’m not very happy about that. We pushed the car to the limit today, it just wasn’t our time.”

Grosjean’s team boss confirmed that Grosjean had suffered an MGU-K issue which meant he was some 5 or 6 seconds a lap slower towards the end of the race, resulting in him losing so many positions: “Obviously it was a disappointing race, we had hoped for more, and it had looked like we might get it. Romain was doing a good job and our plan was to do a one-stop race. On the restart we had an MGU-K issue and he was overtaken by a lot of people. From there onwards it was just going backwards. Unfortunately, we started in the top ten but ended up outside of the top ten. We know we’re in a difficult position with the car. There’s one more race to go, then hopefully we can come back stronger next year.”