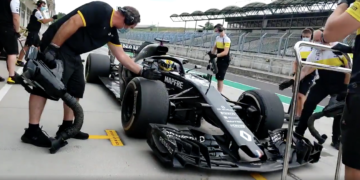 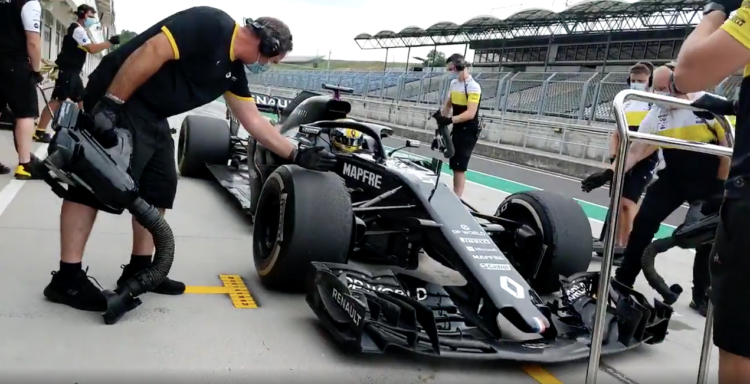 
Zhou, who currently races in Formula 2 with UNI-Virtuosi, headed to Hungary’s Hungaroring near Budapest for a two day test with Renault.

Using the 2018 car means the usual testing restrictions don’t apply, with Zhou free to do as much driving as he and the test team wanted at what is effectively a privately hired track day.

“Neck still feeling fresh, lovely”, he said on Instagram, while he said “I love fast cars, good to be back.” on Twitter.

Guanyu Zhou hasn’t won an F2 race this year, although has taken two pole positions and three podiums. Currently P8 in the F2 driver standings, he was overlooked for a seat with the F1 team for next year as the team elected to bring back Fernando Alonso.

Zhou is aiming to become the first Chinese driver to take part in a Formula 1 Grand Prix, and is the team’s official test driver and is part of the Renault Driver Academy – as is fellow F2 racer Christian Lundgaard.

Both have carried out similar tests in 2019, with Zhou driving at the Red Bull Ring, Catalunya, Paul Ricard, Jerez and Budapest with the R.S.17. This was his first F1 test of 2020.

Time for some laps around the 🇭🇺 Hungaroring @gyzhou_33.#RSspirit pic.twitter.com/K1Y7rxS6XT