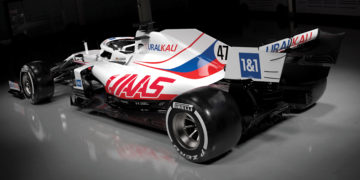 Haas clarified their livery with the FIA prior to launch

Haas clarified their livery with the FIA prior to launch 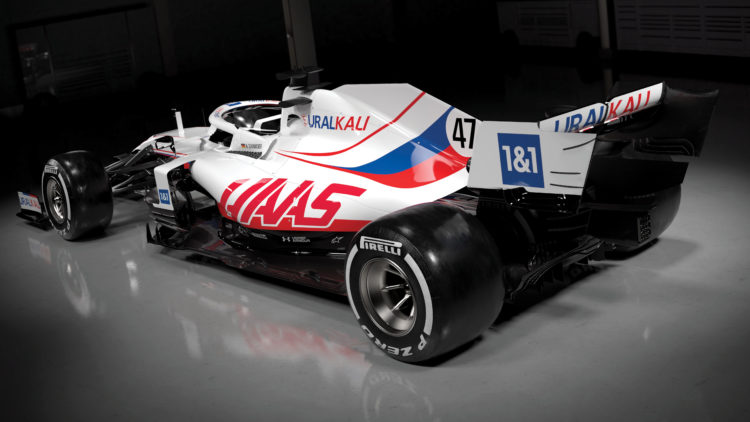 Haas team boss Guenther Steiner has explained the team’s livery choices in light of the ban on the Russian flag from the World Anti-Doping Agency. A ruling from the WADA (World Anti-Doping Agency) passed in December by the Court of Arbitration for Sport (CAS) is currently in place across top-level international sport, which prevents Russian athletes and sportspeople from competing under the Russian flag. This ruling applies for the next two years, and also prevents display of the Russian flag on sportspeoples clothing. This ruling was made in light of widespread doping violations, including an attempt to sabotage ongoing investigations by the manipulation of computer data in recent years.

Russian athletes are barred from racing as a representative of their country, and instead must appear as neutral athletes.

However, the Haas livery raised eyebrows when it was revealed to the world on Thursday. Having signed a title sponsorship deal with Russian fertiliser company Uralkali, the new car is white, blue and red and appears to be a nod to the Russian flag. Uralkali’s majority shareholder and chairman is Dmitry Mazepin, father of racing driver Nikita who makes his debut with the team this season.

With the livery appearing to be a clever way to try getting around the CAS ruling, Guenther Steiner explained that there was no attempt from Haas to try circumventing the rules regarding the display of the Russian flag.

“We are always in contact with the FIA about things like this, obviously, because it’s part of the job and we worked it with them.”

FormulaSpy asked the FIA for their stance on Haas’ livery in light of the CAS ruling, with a statement saying: “The team has clarified the livery with the FIA – the CAS decision does not prohibit the use of the colours of the Russian flag.”

FormulaSpy has reached out to the World Anti-Doping Agency for their interpretation of whether the Haas livery could be seen as a contravention of the court ruling.

As for Nikita Mazepin, who can’t race under the Russian flag this year, he says that the decision on how he will be classified or which National Anthem might play should he win a race is yet to be made. “I wanted to compete in F1 for all of my life, so it’s very unfortunate that the year that I’ve achieved my goal, this happened – not for me to to judge or decide in any way. And currently, I’m still in a discussion on how I will be classified. There’s no decision yet.”