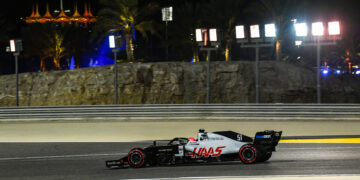 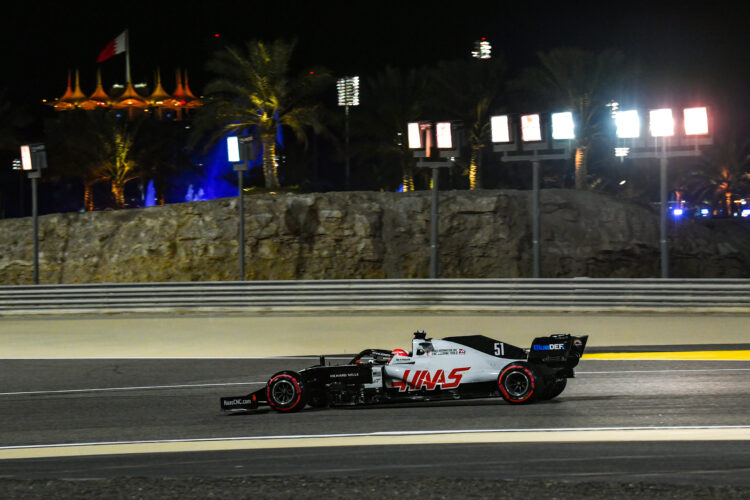 Haas are the first team to nail down their pre-season testing driver line-up, with Mick Schumacher and Nikita Mazepin each given equal time at the wheel. Pre-season testing begins in Bahrain this weekend, with three days of track time from the 12th to the 14th of March.

This is a significant reduction from recent years. Up until 2019, testing was eight days of track time while, in 2020, this was reduced to six days. However, with the cars largely unchanged from last season and the coronavirus pandemic yet to pass, F1 elected to hold a single three day test this year with the venue being the Sakhir Circuit in Bahrain rather than the usual Spanish trip to the Circuit de Barcelona-Catalunya.

With two rookie drivers for this year, Haas have split their driving time between Nikita Mazepin and Mick Schumacher as the duo step up from Formula 2.

Mick Schumacher will be first at the wheel when the lights go green at 10am local time on Friday, shortly after the team hold their physical reveal of the VF21 in the pitlane. Nikita Mazepin will then take over in the afternoon.

The pair swap around for the Saturday, with Mazepin in the morning and Schumacher in the afternoon. The final day will be the same as the first, with Schumacher going first.

Despite the limited track time, and the fact that Haas can’t fire up their new car until arriving at the venue as Ferrari staff have been unable to travel to the UK, team boss Guenther Steiner says the most important thing from testing is to gain milage: “On one side we have an advantage as the car is such a carry-over, or a lot of it is carry-over from last year. We know it better than you would normally know a new car. But obviously we’ve got two rookies.”

“Mick (Schumacher) drove last year’s car in Abu Dhabi and Nikita (Mazepin) hasn’t driven for us at all yet. The expectation is to do as many laps as possible and get as much data as possible from the new parts of the car with the new regulations on reduced downforce. That’s all we can do. We have limited time, so we just have to try to get the most out of it.”

Mick Schumacher drove the VF20 at the end of the 2020 season, but says he has set specific areas he wants to get more comfortable in during his day and a half of testing: “The definite priority is to get even more comfortable in the car and just trying to sort out everything that needs to be sorted out from driver kit, the seat, driver position, through to how the car feels on track and working with the team.”

“These are all focus points I set myself some time ago. And now we’re at the point we’re going testing it’ll be the case we can work on that. I’m looking forward to that and figuring out everything we need to be ready for the first race.”

Nikita Mazepin is yet to drive a Haas, and says there’s a lot to learn in a very limitied amount of time.

“Obviously, the testing time has been significantly reduced this year compared to other years and this makes everything that is already challenging for a rookie more challenging.” said the Russian. “Every 10 minutes of a test day will be much more valuable for us. So, the key objective is to get up to that limit without overstepping it. The car is going to be new, so hoping for a little luck so as not to lose any track time. I need to get as comfortable in the car as time permits.”

“We have a lot of new components in the car that are tailored to me, which take some getting used to. I haven’t driven a Ferrari-powered car before, so I need to learn controls and get to grips with the new machinery. I’ve been working hard over the winter. It seems like I’ve had a thousand Zoom calls with the team engineers learning the positions of the steering wheel and studying all the adjustable buttons. I’ve also requested some tailored components such as heel rest and seat for me in the car based on my body, so it will be interesting to see how everything feels in motion, not just in the factory.”