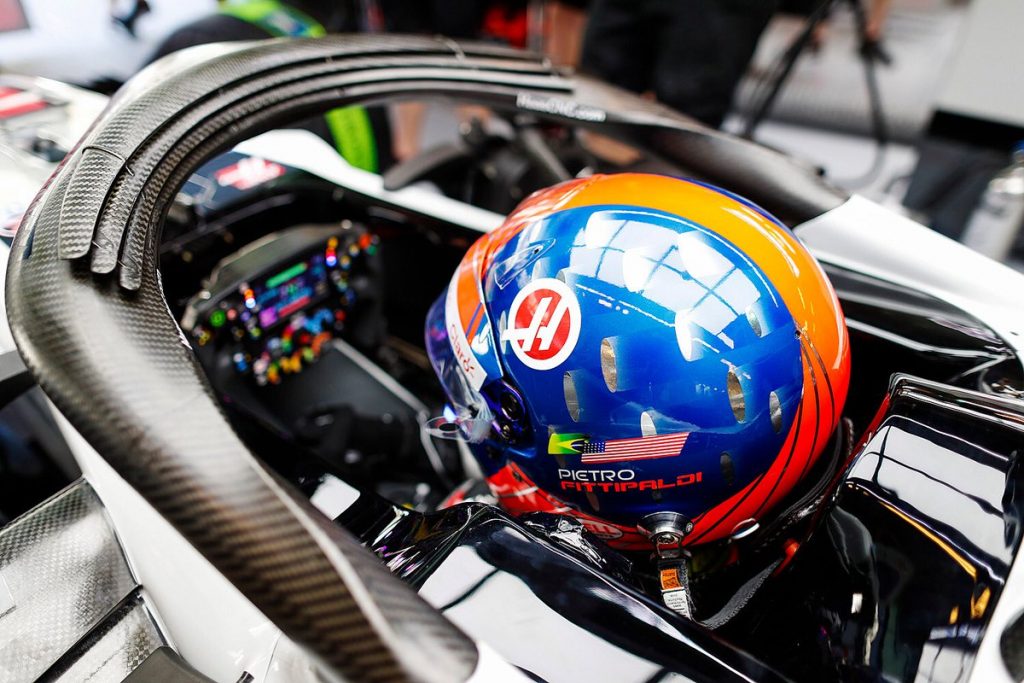 Testing – Haas’ Pietro Fittipaldi got his first chance to test Formula 1 machinery at Yas Marina on Day 1 of the Abu Dhabi test.

Having been announced as a Haas development driver last month, Fittipaldi, who is the nephew of legendary World Champion Emerson, was at the wheel of the V-F 18.

The Brazilian driver put in 56 laps over the course of the day, with his quickest time of 1:39.201 putting him P8 on the timing sheets. This time was set on the 2018 HyperSoft tyres.

With Fittipaldi getting his first go ever in a Formula 1 car, it was no surprise to see him eagerly raring to go when the track opened for testing at 9am. However, 17 laps into his opening stint on the UltraSoft, he suffered an electrical failure within his Ferrari power unit, similar to the problem that shut Kimi Raikkonen’s works Ferrari down during the Abu Dhabi Grand Prix on Sunday

This resulted in a lengthy stay in the garage as he was fitted with a new power unit, meaning he didn’t get back on track until two hours remained in the day. He then put in a further 38 laps to round off his duties.

“It was an amazing day.” Fittipaldi beamed afterwards.

“I’m very happy to have had my first drive in a Formula One car. The braking power of the car, the acceleration, the speeds you carry through the corners, it was just insane. The car is so fast. It’s just stuck to the ground. The amount of downforce it has is unbelievable. We had small issues at the beginning of the day, but the team got them sorted.”

“They really did a fantastic job to get back out there, and then in the afternoon we worked through the plan we had. We compared the 2018 tires to the 2019s from Pirelli. I tried to give the engineers my best feedback so they can start working on that information. The team has given me a huge opportunity to be testing with them next year. I’ll learn as much as I can, but also help them with developing the car for 2019 and throughout the season. It was a really good test.”