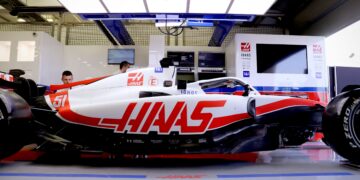 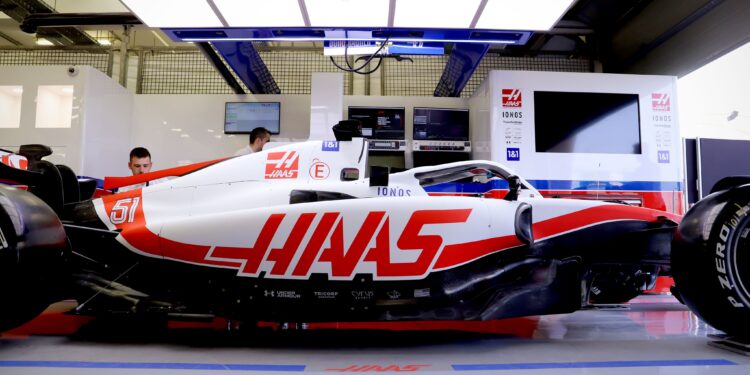 Haas F1 Team have redesigned their 2022 challenger’s paint job removing the blue and returning to a more classic Haas look.

The American team ended the first test in Barcelona with a plain white livery after stripping all branding and colours associated with their then title sponsor, Uralkali, as a result of Russia starting their invasion of Ukraine and one of the Uralkali owners being Dmitry Mazepin, an oligarch with close ties to Russia’s President Vladimir Putin.

A week after testing finished the team announced that the contract with their title sponsor and Nikita Mazepin, who came with the deal, had been terminated.

Where 2021 and the initially planned livery for 2022 saw the Haas car draped in the colours of the Russian flag with white, blue and red dominating the livery, they will now continue the build-up to the 2022 season in a more classic Haas F1 design with the VF-22 now clad in white, red and black.

Due to delays which saw their freight arrive to Bahrain a couple of days later than had been planned, the team sat out the opening session of the second week of testing and spent the time catching up with lost preparation time and getting everything sorted for the last-minute return of Kevin Magnussen, who returns to the team after a year racing in America to replace Mazepin alongside Mick Schumacher.

If all goes to plan then Haas will be on track in the afternoon session with reserve driver Pietro Fittipaldi behind the wheel.