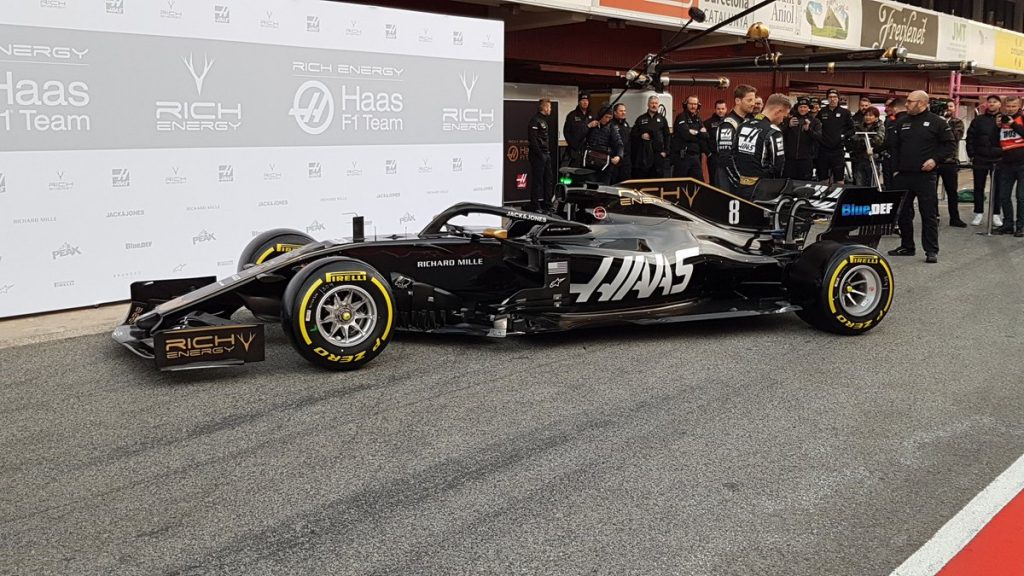 Haas VF-19 presented ahead of opening day of testing

Haas VF-19 presented ahead of opening day of testing

The Haas team have presented their new VF-19 in the pitlane ahead of pre-season testing beginning later this morning.

Having already gone through an official 2019 season launch at the Royal Automobile Club in London ten days ago, the VF-19 had yet to be seen in the flesh. Studio renders were all that was initially released, with real shots being of the 2018 car with updated wings.

However, an hour before pre-season testing began in Barcelona, Kevin Magnussen & Romain Grosjean were on hand to wheel out the VF-19 and show it off to the media.