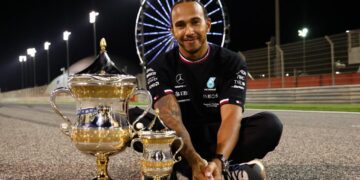 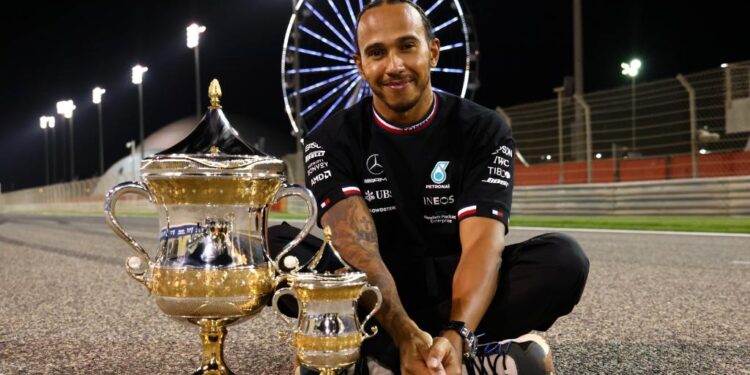 Reigning World Champion Lewis Hamilton believes that the 2021 season won’t be easy, as he expects the battle with Red Bull to go on throughout the season.

The Mercedes driver is aiming to grab a record-breaking eighth Formula 1 drivers’ title and currently leads the standings after a sensational victory in Bahrain last time out. However Red Bull’s Max Verstappen was clearly faster, topping all the sessions ahead of the race.

Red Bull looks like they have the faster package as Hamilton only managed to win after a battle with Verstappen at the end of the race – the Dutchman having to concede a position due to overtaking off the track. Hamilton is, however, wary of the challenge that Verstappen and Red Bull pose.

“I’ve done this all my life, ever since I was a kid and drove karts,” Hamilton told La Gazzetta dello Sport as quoted by RacingNews365.com. “It still remains fantastic, it’s great to drive a car built by geniuses and race against talents.

“It still remains a great battle to race on the track and try everything. It’s always an uphill battle. Even though you win so many titles, it doesn’t mean you have everything under control or that every year is the same, because you always have to keep improving and communicating well.

“At the beginning of a season you never know where it will end and I like that. The 2021 season will be the toughest in a long time, but that gives me and my team even more motivation.”

The 36-year-old been vocal on many positive changes in F1 and been a leading voice for more inclusivity within the sport – the Briton is determined to keep his focus on these issues.

“I started to look inside myself and ask myself why this sport is facing this problem,” Hamilton added. “I wasn’t happy with the answer to that question, it seems no one knows the answer.

“You have to start with the statistics to discover this barrier because dark-skinned children, for example, don’t choose certain studies in order to get into Formula 1. That’s why I created a committee and with it, we have been working with several people for nine months to work out ideas. In July we should be ready to show some results and come up with concrete information. F1 is the tip of the iceberg, but it is the example for the series that fall under F1 up to karting.

“It is a long process that requires a lot of time, but people realise that change is needed. ”