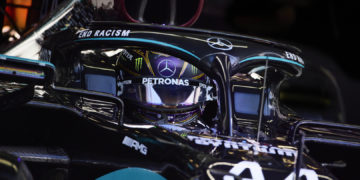 Hamilton: “A really hard race for me physically”

Hamilton: “A really hard race for me physically” 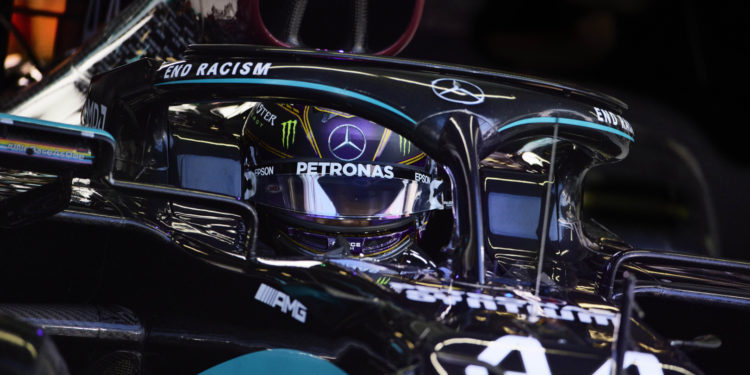 Abu Dhabi Grand Prix – Still recovering from the effects of Covid-19, Lewis Hamilton felt this weekend was one of the most physically demanding he he’s had.

After missing the Sakhir Grand Prix due to the coronavirus, Hamilton made his comeback this weekend but admitted he wasn’t physically back to where he would ideally be if not for the virus. Despite topping the first two parts of qualifying, the British driver couldn’t find his usual magic and pull it out of the bag to take pole, instead having to settle for P3.

Hamilton couldn’t take the fight to Bottas or Verstappen today, holding station in third and being saved by the chequered flag from a charging Alex Albon at the end.

“I don’t think I’ve ever been so blown,” Hamilton said following the race. “My body’s not feeling great but look on the bright side, I made it through and I didn’t think anytime last week that I would be here and so I’m just really, truly grateful for my health and to be alive.

“That was a really hard race for me physically, all year physically I’ve been fine but today I definitely wasn’t so I’m just glad it’s over. Looking forward to recovering over the next period of time we have and getting back into training and get my body back to where I know it should be.”

After equalling Michael Schumacher’s record of 7 World Championship, beating the record for number of race wins, extending his record for number of pole positions, winning 11 of the 17 races and beating Covid-19 this season, Hamilton was unsurprisingly relaxed about only managing the final step of the podium.

“You can’t win them all so, I think considering the past couple of weeks I’ve had, I’m really generally happy with the weekend. It’s obviously not 100%, it’s not as good as I actually would like but congratulations to Max. Big, big thank you to the team for their continued support, still a fantastic result to get two podium finishes for us.”

“The Red Bulls I think this weekend were just too far out of reach for us, we just couldn’t hold onto the pace that they had and fantastic job to see Alex [Albon] right up there with us so we were having a two-team battle which is I think what the sport needs.”

Elaborating on his comment about what the sport needs, the Mercedes driver said that the new regulation changes for 2022 need to allow cars to follow closer in order to give more exciting racing.

“I really hope and pray in 2022 the cars are better to follow because, I don’t know if it was a boring race to watch, but as soon as you get within 3 seconds you’re just sliding around and you’re in turbulence the whole time so I really hope that what Ross [Brawn] has proposed really makes a difference, we just need good tyres.”

That’s a wrap for the season! 💨🏁Gotta say a massive thanks to my team. It’s been one hell of a year with you guys and I’m so grateful for everything we’ve accomplished together. Let’s keep making #HIS7ORY together🙏🏾 pic.twitter.com/KTK7YBZQOT