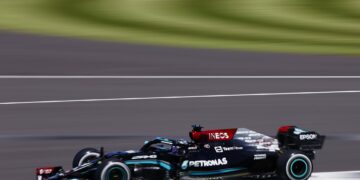 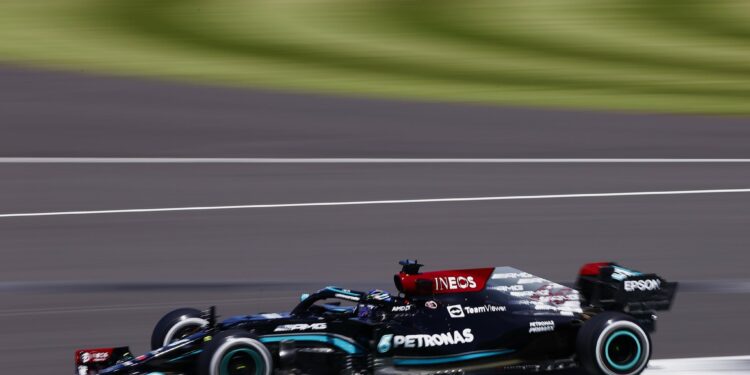 British Grand Prix – Mercedes Lewis Hamilton has laid the blame for the incident between him and Red Bull’s Max Verstappen firmly at the Dutchman’s door.

On the opening lap, Hamilton and Verstappen started duelling for the lead of the race. On the run up to Copse corner, the Briton tried a move up the inside of Verstappen and the pair had a coming together. The Dutchman was sent into the barriers enduring a 51G impact, with Hamilton able to continue with wing damage.

The stewards awarded Hamilton with a 10 second time penalty having adjudged the Briton to be at fault for the incident. The Mercedes driver is adamant that the he was fully alongside the Dutchman and wasn’t left any space.

“Of course I always try to be measured in my approach, particularly when battling with Max, he is very aggressive,” said the seven-time world champion after the race.

“I was fully alongside him and he didn’t leave my any space but regardless of whether I agree with the penalty. I take it on the chin and I just kept working and was like I was not going to let anything get in my way.”

Hamilton then went on a recovery drive to try and claw back lost positions and praised the capacity crowd at Silverstone for cheering him on.

“[It’s] massively overwhelming it was physically such a difficult race,” cotinued Hamilton. “This is a dream for me today to do this in front of you all [the fans]. I couldn’t have done it without the great team work from Valtteri and the amazing effort from the team.”