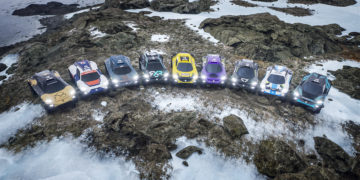 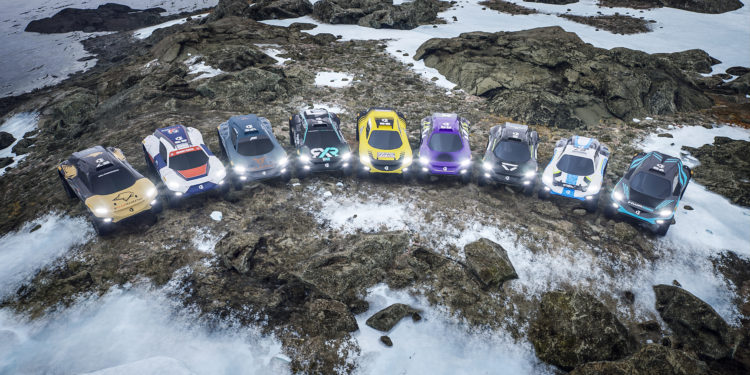 The electric off-road championship brought its series founder and team representatives together virtually to explain the series and display their liveries.

Formula 1 champions Lewis Hamilton and Nico Rosberg bookended the presentation, each getting to talk about their interest in the series and give a first look at their team liveries. Hamilton and Rosberg were joined by representatives of all the teams – from founders to team principals to drivers.

After winning his record-breaking 92nd Formula 1 race over the weekend, Hamilton, the founder of the X44 team, said he was attracted to the series because of its mission to raise awareness of climate change and believes it will be a force for good.

“I’m excited by Extreme E due to its focus on the environment,” said Hamilton. “And its mission to raise awareness about climate change, something which is really close to my heart and I’m really passionate about. It gives an opportunity for me to be able to merge my love of motor racing together with my love for the planet, and I think by bringing those two together we can have a positive impact.

“That’s the great thing with Extreme E, it’s not just going out to these great places it’s actually going to do something in those locations to make a change so I think to have a championship that will address traditional ways of racing and the negative impact motorsport does have on the planet and offer an alternative is great.

“I’ve always wanted to have my own team, I just never knew when it would be and when I heard about Extreme E I jumped right at it because of what the series means, what the series is going to do, it’s going to be quite powerful I think.”

Extreme E have set themselves the goal of being a climate positive series, aiming to emit less carbon into the environment than they take out of it. They plan to follow the UN Framework Convention on Climate Change to measure, reduce and offset their carbon footprint. The Extreme E batteries, which are created by Williams Advance Engineering, will be charged by zero emissions charging using AFC Energy hydrogen fuel cells. These green fuel cells are powered by water and sunlight and the only waste product produced is water.

All Extreme E freight, infrastructure and cars will be transported from location to location on the series’ floating home, the St. Helena. The 30-year-old ship has undergone massive refurbishment to her engines and mechanical systems, she is now capable of running on only one engine and has been converted to allow her to run on the cleanest available fuel, low sulfur marine diesel, quite appropriately known as ‘champagne’.

As well as transporting Extreme E, the St. Helena will also be a research centre and will conduct climate change experiments as it goes. The series’ Scientific Committee, will advise on what local projects to support at each race location. This Legacy Programme will focus on projects to empower, educate and provide sustainable solutions to the communities in the areas and leave a positive legacy after the series leaves. 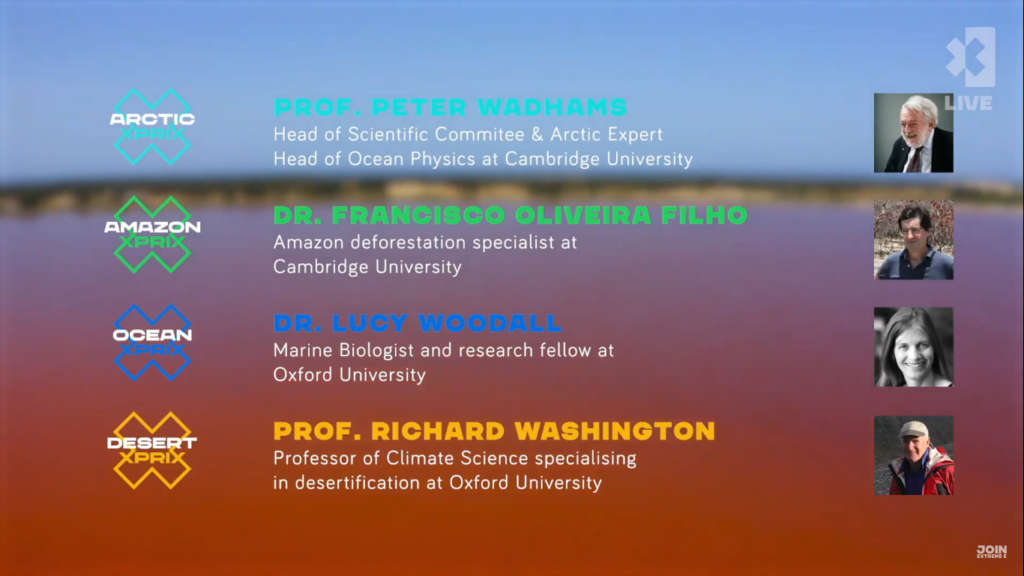 One of the early teams to join the new championship was Veloce, where the team behind Veloce Esports teamed up with two-time Formula E champion, Jean-Eric Vergne, and legendary Formula 1 designer, Adrian Newey.

Speaking about Newey’s role in the team, Veloce Racing CEO, Rupert Svendsen-Cook said: “Adrian is our lead visionary and we’re incredibly honoured to have him a part of the team, like you said, his experience and success through decades of Formula One really speaks for itself, and that experience and guidance is really going to help us as we use Extreme E as a platform to develop further technology and make a positive impact on the climate.”

Described by founder Alejandro Agag as Star Wars Podracing meets Dakar Rally, the X-Prix will take place over two days and each Extreme E team will be composed of a male and a female driver, who will share driving duties equally. Day one will consist of qualifying where each team will take part in two races, each race will consist of two laps where with the male and female driver each driving one of the laps. The teams who qualify highest will head into semi-final 1 on Sunday, out of which the top 3 teams will go forward to the final. The teams who don’t qualify for semi-final 1 all compete in semi-final 2 aka ‘crazy race’ where only the winner will make it to the final.

Extreme E will have a couple of extra features, firstly the ‘Hyperdrive’, an extra power boost awarded to the team who jump farthest on the first jump of each race. A fan feature called ‘GridPlay’ where fans for their favourite team to be allowed their choice of grid spot for the final race, the other grid positions will then be filled based on points won over the course of the weekend. The GridPlay feature does allow teams to get involved too, as those who don’t make it to the final can gift their points to other teams, potentially changing who gets the grid choice and making life more difficult for their closest rivals.

We are delighted to support @FIAWIM and not many have done more for females in our sport than Michèle Mouton.

Founder of the Rosberg Xtreme Racing team, Nico Rosberg, is fascinated by the series and the positive impact it can have on the areas chosen to race at. “I’m totally focused on sustainability with everything I do,” said Rosberg. “And this Extreme E project is the perfect crossover between my past and my future. It’s the most awesome racing crossing over with the opportunity to really help preserve the environment around the world, and that’s what really fascinating me.

“Extreme E is an incredible platform which we can leverage on as well so I’ve already formed partnerships now with local and international foundations, for example, the Prince Albert II of Monaco Foundation, and we’re already planning lots of things in ways that I will be able to support in various locations around the races as well and this is what I’m really really excited about together with my team to create this long lasting local impact right around the races.”

The full Extreme E calendar was revealed, and there are some changes to previous versions, including the inaugural race being pushed to March and the glacier location changing from Nepal to Argentina.

Check out the gallery below to see all the team liveries.