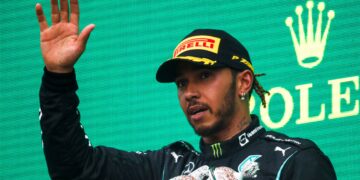 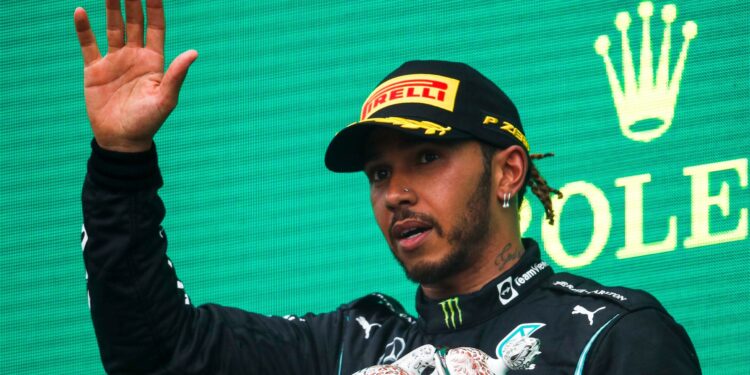 Hungarian Grand Prix – Mercedes’ driver Lewis Hamilton had to be attended to by the Mercedes Formula 1 team doctor after the Hungarian GP having suffered from fatigue and dizziness.

The seven-time world champion had a physically tough race having to battle through the field after a bad strategy call meant Hamilton was the only driver to start on the grid at the restart on intermediate tyres.

The rest of the field entered the pitlane after the red flag period in order to fit slicks after the wet track had dried. Hamilton was unable to pull out enough of a lead and found himself at the back of the back after pitting for dry tyres. Alpine’s Esteban Ocon was promoted to the race lead as a result.

The Mercedes driver looked visibly fatigued as he collected his trophy on the podium for third place. The Briton then elected to skip any post-race TV interviews whilst he was looked at by the team doctor.

A Mercedes spokesperson confirmed that Hamilton was suffering from fatigue and dizziness. Mercedes boss Toto Wolff confirmed that he was exhausted, but does not have any concerns over his condition.

“I haven’t spoken to him yet and the doctor is with him,” said Wolff. “I think you can just relate to it with the heat out there and a race like he had with tonnes of overtaking. That is exhausting. I think he should be alright, but better to be safe than sorry.”

After he was seen to, Hamilton spoke to the media and confirmed that he’d been battling his health all year.

“I’m okay,” said Hamilton after the race, as quoted by RacingNews365.com. “Had a bit of dizziness and everything got a bit blurry on the podium.

“I’ve been fighting all year with my health, staying healthy, I think after what happened at the end of last year [after testing positive for COVID]. It’s still a battle.”