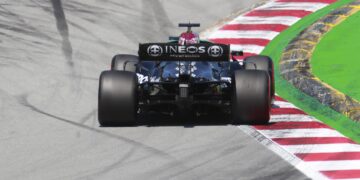 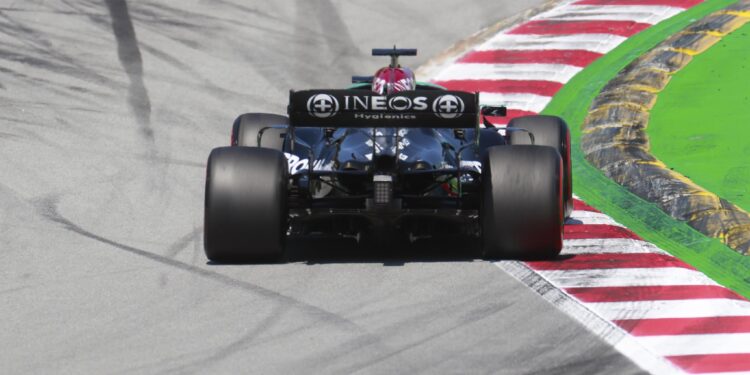 In a tense battle for the top, Mercedes’ Hamilton set a blistering 1:16.741 and pipped the Red Bull driver by just 0.036s. Valtteri Bottas in the sister Mercedes lines up third, just 0.132s off his teammates’ benchmark.

Very few improved on their second runs in Q3; the drivers managed to set their laps even after Sergio Perez spun his Red Bull, bringing out the yellow flags. The Mexican was able to get going again fairly quickly which allowed the drivers to finish their laps uncompromised.

Ferrari are looking very competitive here with Charles Leclerc setting a striking time to finish in fourth place, however some 0.769s off pole. Teammate Carlos Sainz was a tenth behind, but lines up sixth with and impressive Esteban Ocon in the Alpine sandwiched between the two in fifth.

Daniel Ricciardo out-qualified his teammate Lando Norris and lines up seventh – the Briton starts in ninth unable to improve that time on his second run.

Perez was almost a second down in the sister Red Bull and lines up in eighth place on the grid having recovered from a spin earlier in the session. The Mexican will be looking to make improvements in the race having been off the pace of his teammate throughout the weekend.

Fernando Alonso rounds out the top ten in the other Alpine car and half a second off his teammate – the Spaniard was unable to improve his time on his second run in Q3.

Lance Stroll starts 11th in his Aston Martin, and will have free choice of tyres ahead of tomorrows’ race. His teammate Sebastian Vettel starts 13th, with both Aston Martin cars making it through to Q2.

Pierre Gasly lines up 12th in his Alpha Tauri whilst teammate Yuki Tsunoda is down in 16th. The Japanese driver was knocked out in Q1 and slammed his vehicle over the radio; “I can’t f**king believe this car!”

Antonio Giovinazzi is the lead Alfa Romeo in 14th with Kimi Raikkonen knocked out in Q1 down in 17th.

George Russell got through to Q2 in his Williams with teammate Nicholas Latifi down in 19th place. Mick Schumacher managed to out-qualify Latifi and starts 18th, with Nikia Mazepin in the sister Haas.