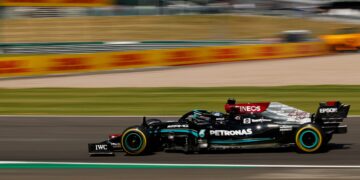 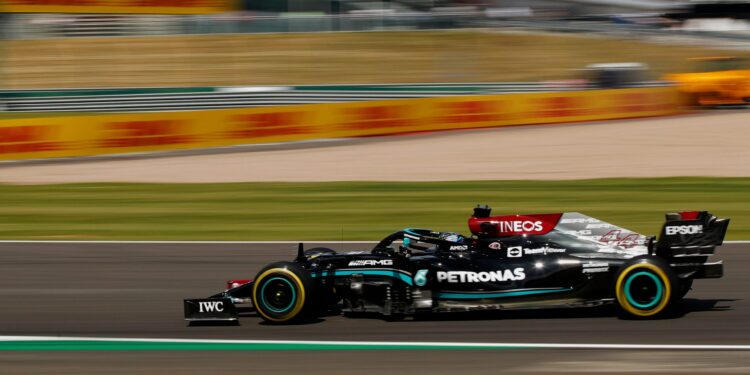 The Briton set a time of 1:26.134 which was narrowly faster than second placed man Verstappen. Teammate Valtteri Bottas set the third fastest time which was two tenths of the benchmark.

Hamilton and Verstappen kept trading fastest lap times throughout qualifying, but it was the seven time world champion that came out on top when the time mattered to rapturous applause from the local, sellout crowd.

Hamilton was looking to extend his advantage on his second run, but suffered oversteer in the final corner. Verstappen improved but couldn’t best the Briton’s pole lap to sit just 0.075s adrift.

Charles Leclerc set the fourth fastest time in the Ferrari ahead of Sergio Perez in the other Red Bull. The Mexican was just under 0.7s off his teammates’ time.

The McLaren duo of Lando Norris and Daniel Ricciardo finished sixth and seventh respectively. This will come as quite the relief to Ricciardo who was just 0.002s off his teammates’ time.

Williams’ George Russell set an impressive eighth fastest time and outqualifies both Ferrari’s Carlos Sainz in ninth and Aston Martin’s Sebastian Vettel in tenth. The Briton was helped around the track by a roaring Silverstone crowd.

Fernando Alonso will start in 11th and outqualifies his teammate Esteban Ocon down in 13th. It’s positive for Alpine with Ocon being unable to get out of Q1 in the last two rounds.