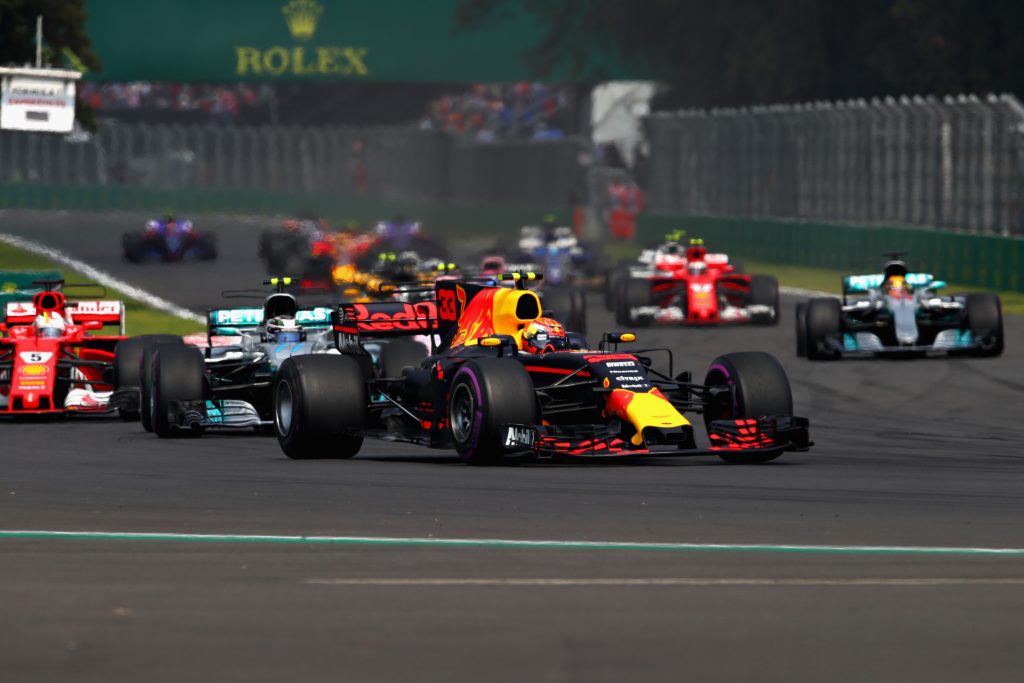 Verstappen snatched the lead from polesitter Sebastian Vettel with an aggressive move on the outside of the first corner, getting the upper hand for Turn 2.

Hamilton took full advantage of the move to snatch second from Vettel, but the pair made contact on the exit of Turn 3 which gave Vettel front wing damage and Hamilton a puncture.

Both had to limp back to the pits for repairs. Hamilton struggled initially to make progress through the field but eased his way through. He took advantage of a virtual safety car, for Brendon Hartley’s Toro Rosso which went up in smoke out of Turn 6, to make a second pit stop for supersoft tyres to assist his charge.

He eventually crossed the line in ninth, after an intense scrap with Fernando Alonso’s McLaren through the Turns 4 and 5 chicane.

Vettel got up to fourth after making a switch to ultrasoft tyres under the VSC, but it was not enough to keep the championship going to Brazil.

Valtteri Bottas took second ahead of Kimi Raikkonen, who dropped to eighth during the first lap, but extended his first stint and pitted under the VSC to pull himself up to the podium.

Esteban Ocon matched his best finish in F1 with fifth, ahead of Lance Stroll who also took advantage of the VSC during the pit stop phase.

Sergio Perez attempted to utilise a two-stop strategy but it was to no avail as he came home in seventh ahead of Kevin Magnussen.

Daniel Ricciardo retired on only the fifth lap with a turbo issue, despite Red Bull fitting a new one before the race.

Renault suffered a double DNF when Nico Hulkenberg was forced to pull over with an ERS issue.

Team mate Carlos Sainz Jr. spun on the opening lap with a puncture, and eventually retired when he reported that the car was pulling to the side on the straights.

Marcus Ericsson missed out on a potential points-scoring opportunity when his Sauber went up in flames.