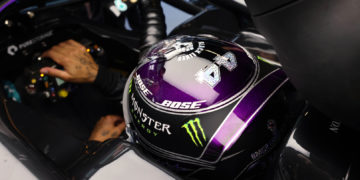 Hamilton: “Difficult weekend” after losing momentum during time off

Hamilton: “Difficult weekend” after losing momentum during time off 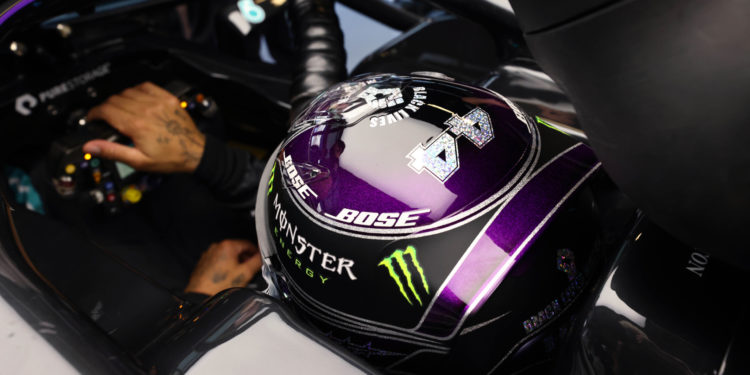 Abu Dhabi Grand Prix – After missing a race due to Covid-19, Lewis Hamilton says it’s been tough getting back into the rhythm of things.

Hamilton returned a positive result after waking up with symptoms following the Bahrain Grand Prix, although he hasn’t gone into detail about his experience he called it “one of the hardest weeks I’ve had for some time” when updating his fans on social media earlier this week.

Qualifying started off exactly where he’d left it, with the British driver going fastest in Q1 and Q2. Q3 saw Valtteri Bottas take the early advantage but despite improving on his last lap, Hamilton had to settle for third, less than a tenth behind his teammate and polesitter, Max Verstappen.

The Mercedes driver said that although it had only been one missed race, he’d lost the momentum from the season and had had to refind his rhythm.

“Really grateful to be back here with the team and try and close out at least the strong season that we’ve had,” Hamilton said. “It’s definitely been a difficult weekend I would say, just getting back into a rhythm, even though it’s only a couple of weeks off, it just felt like I’d lost that momentum.

“I really struggled so far with the balance this weekend, still I gave it my all. Congratulations to Max, a great way for him to seal the year, a year of great performance, we’re going to give him hopefully a good run for their money tomorrow.”

Hamilton had a bit of an excursion during the first part of qualifying, going wide and getting thrown around in the car thanks to one of the sausage kerbs. Although there was damage to the car as a result, he doesn’t think it had an effect on the result.

“It did have a little bit of damage, it’s the first time I’d gone wide there all weekend so just a little bit of damage to the floor but I don’t think if that hadn’t been damaged I would’ve got pole. I’m sure it doesn’t help but nonetheless the guys did a good job to try and patch it up and they’ll fix it overnight.”

P3 – and a bit of a bumpy ride in qualifying for Lewis Hamilton 😬#AbuDhabiGP 🇦🇪 #F1 pic.twitter.com/yWnNPC3dkA

Despite being third, the seven-time World Champion is excited to figure out how he can make the most of it tomorrow.

“Of course it’s always nice to start first but you can’t always and this makes it even more exciting. It’s a very difficult track, I think, to overtake naturally but with strategy and everything maybe we can. The start’s going to be important, first few laps, those stints, I’m definitely excited trying to figure out how I’m going to turn it around.

“I wouldn’t say [strategy is] looking like anything exciting. It’s normally, I think, a one stop here or something like that. Don’t think a two stop works, you’ve got a really long pitlane and pitlane exit, for example, so everyone will try and minimise it to a one and…we shall see.”