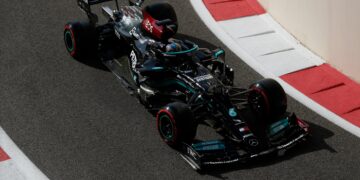 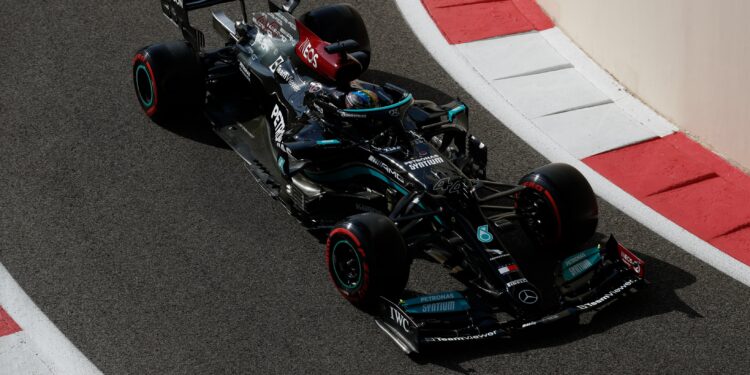 Abu Dhabi Grand Prix – Mercedes’ Lewis Hamilton has set the fastest time in final practice as the championship deciding round moves on to qualifying for the Abu Dhabi GP.

The re-designed Yas Marina circuit was bathed in bright sunshine; a stark contrast to what the drivers look set to experience for qualifying later on. With air temperatures of 26 degrees and the track at 39, the circuit was warmer than it will be when the sun goes down.

In the opening minutes of the session, Verstappen was quick out of the box topping the timesheets with a 1:24.997 on the medium tyres. The Dutchman improved a few minutes later after doing two cooldown laps. Verstappen was able to shave an extra tenth off his earlier benchmark on his second run after a slower final sector.

Moments later, Hamilton took a bite of the cherry to go top setting a 1:24.2 on the soft tyres. The difference in compound suggesting that Mercedes are eyeing up a two-stop strategy for the race on Sunday.

Hamilton improved again to set a 1:24 flat, some 0.7 seconds clear of Verstappen in second place. Red Bull teammate Sergio Perez moved up into third place with a 1:24.8, just 0.004 second back.

Valtteri Bottas showed Mercedes’ pace with a 1:24.0 to pip his teammate by just 0.03 seconds. Both times set on the softer compounds, whilst Red Bull continued to assess the mediums.

At the half way point, Hamilton laid down the marker again by storming to a 1:23.2 on the soft tyres – 0.7 seconds faster than his teammate and 1.4 seconds clear of the Red Bulls. The Mercedes driver managed to go fastest even after getting a little twitch of oversteer at the rear in the hotel section.

AlphaTauri’s Yuki Tsunoda, on the harder tyres, set a 1:25.0 to slot into fifth place. Teammate Pierre Gasly set a time a tenth quicker moment later pushing Tsunoda down into sixth place. The impressive laps on the hard tyres put AlphaTauri within a tenth of their sister team Red Bull.

There was a brief moment of concern for Verstappen who returned to the pits to replace the rear wing on his car. Meanwhile, Hamilton went out again on brand new soft tyres, but after a few moments of understeer and oversteer, the Briton aborted his run.

Tsunoda improved to move up into third place with a 1:24.4 on the soft tyres, whilst Verstappen in the sister team managed to get out of the pits with 15 minutes left to go.

Whilst on a flying lap, Haas driver Nikita Mazepin had to take avoiding action just as Hamilton was leaving the pits. The Russian driver had to take to the runoff at high-speed.

After a quick rear wing change, Verstappen was back out on track and put the pedal to the metal on his soft tyres. After aborting his earlier run, the Red Bull driver moved up into second place, two tenths off his title rival’s benchmark. The Dutchman looked to be on a better lap, but a moment at the new Turn 12 saw Verstappen back off for the rest of the lap.

Bottas ended in third ahead of the other Red Bull of Perez in fourth place. McLaren’s Lando Norris had a better day than Friday and finishing in fifth place.

The AlphaTauri cars of Tsunoda and Gasly finished in sixth and seventh respectively. Carlos Sainz in the Ferrari was in eighth, just ahead of McLaren’s Daniel Ricciardo in ninth. Charles Leclerc rounded out the top ten in the other Ferrari.