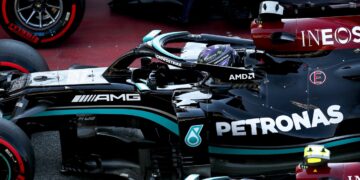 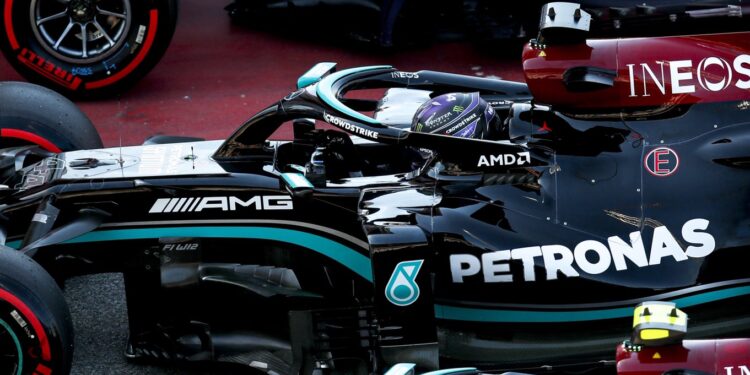 The seven-time World Champion has the most pole positions of any driver in history and, since he joined Mercedes back in 2013, has scored 74 for the team alone.

“I’m ecstatic like it’s my first,” said a jubilant Hamilton to Sky Sports. “I just can’t believe that we’re at 100. And I know it really is down to the men and women that are back in the factory, you’ve been continuously raising the bar.

“It’s been a dream for me to work with these guys and the journey that we’ve been on, it’s been amazing. I mean, who would have thought in 2013, or the end of 2012 when we made the decision to partner that we would be qualifying at 100. So I feel very humble, very grateful.”

The Mercedes driver will start just ahead of main Championship rival Max Verstappen in the Red Bull, but was on the back foot during qualifying, being out-qualified by Verstappen and teammate Valtteri Bottas in Q1 and Q2.

The team made changes to Hamilton’s car ahead of qualifying that he wasn’t too comfortable with, and admitted that he was making “small tweaks” on track to find some pace.

“I think we’ve been strong all weekend, and I made some changes and had a bit of anxiety about the changes that we were potentially going to make for qualifying,” said the Briton. “You are always trying to make the car better but it’s a bit of a gamble because you’ve always got to keep the race in mind also.

“We made the changes and as soon as I got out, I was like this is the wrong one and it was my call at the end. It was really hard which is why I was behind the whole way through qualifying.

“I was making small tweaks here and there to try and elevate pace wise, but the first lap was the best lap that I got through the whole session, which is great.”